Forest Minister Aravind Limbavali has said it would be difficult to take up the strengthening of elephant corridor as a step towards tackling elephant menace for a couple of years, given the current financial position. He addressed a meeting on elephant menace in Sakleshpur on Tuesday.

The Minister said the State government would take up scientific measures to avoid man-elephant encounters in the district. The Forest Department had implemented certain measures in this direction. “We will write to the Centre to seek funds to install railway track fencing to avoid elephants entering human habitats”, he said.

The department had convened a meeting of legislators from forest areas on February 25. Based on the suggestions expressed in the meeting, a proposal would be sent to the Centre. The State government had to take permission from the Central government on some issues while handling wild animals.

Hassan Lok Sabha member Prajwal Revanna said the State government had to submit a proposal to the Centre seeking funds for the elephant corridor.

Minister for Excise K. Gopalaiah, who is also Minister in charge of the district, legislators H.K. Kumaraswamy, K.S. Lingesh, former MLA H.M. Vishwanath and senior officers of the Forest Department attended the meeting.

Earlier Mr. Limbavali and Mr. Gopalaiah met the family members of Asthik Bhat, who was killed in an elephant attack on September 1, 2020, near Sakleshpur. 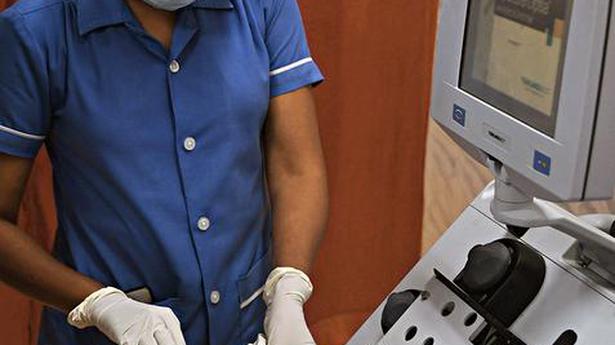