Amid the raging dispute between the two factions of the Kerala Congress (M) over the party symbol, the Kerala State Election Commission (SEC) has frozen the ‘two leaves’ symbol ahead of the local body elections.

In a statement here on Tuesday, State Election Commissioner V.Bhaskaran said the action was initiated in view of the claims raised by both factions over the party symbol. The decision, however, would be subject to the orders from the High Court of Kerala on the cases pending over the issue.

“As demanded by them, the KC(M) factions led by P.J. Joseph and Jose K. Mani have been allotted ‘chenda’ (drum) and ‘table fan’ as their respective elections symbols,” read a commission statement.

Candidates from both factions have been directed to submit two sets of nomination papers, with one having two leaves and other having the SEC allotted symbol. If the court issues an order before the deadline for withdrawing the nominations, candidates can withdraw one nomination.

Commenting on the decision, the Mani group appeared optimistic that they would get the two leaves sumbol before the deadline to withdraw the papers. “Arguments on a petition filed by P.J. Joseph against the SEC’s order in the High Court have been completed and the court has posted the case for final order. We hope that the court will pronounce an order in favour of us . The SEC’s order is only an interim arrangement as the order itself stated that the decision on symbols will be subjected to the High Court’s order,” said Mr. Mani.

The Joseph faction expressed hope that court order would be in favour of it. “The politically immaturity of Mr. Mani has caused the KC(M) to split vertically and lose its original election symbol. While approaching the voters with the symbol allotted by the SEC this time, the legal fight for the two leaves, which rightfully belonged to us, will continue,” said Mons Joseph, MLA and leader of the Joseph group.

The dispute over the official symbol between the two factions, which takes its origin from the byelection in Pala in September last year, has been pending before the High Court since September.

The byelection, necessitated by the death of Pala legislator and KC(M) chairman K.M. Mani, had caused a split in the party along factional lines led by Jose K. Mani and P.J. Joseph. 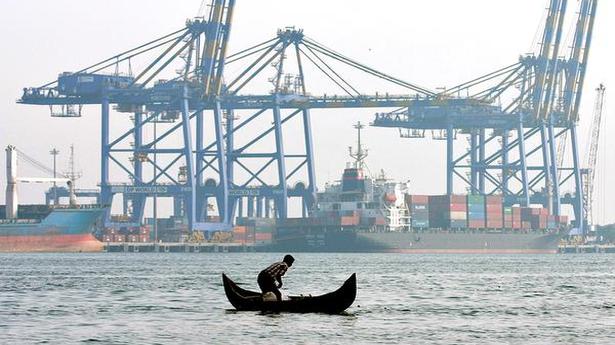 Train services cancelled due to cyclone