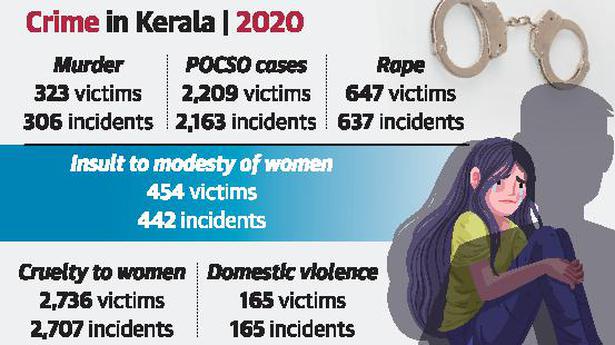 
The State has the second highest chargesheeting rate under the Indian Penal Code as per the Crime in India statistics for 2020 released by the National Crime Records Bureau. At 94.90%, Kerala was only behind Gujarat (97.10%). Tamil Nadu was ranked third with 91.70%.

Kerala recorded the lowest incidence of murder with 323 victims in 306 incidents, recording a rate of 0.9 compared to the national rate of 2.20, which is calculated per one lakh population.

However, the State seems to have faltered in treating its children and women well. While there were other States with higher number of cases under the Protection of Children from Sexual Offences (POCSO) Act, the rate of incidence of 23 in Kerala was way above the national rate of 10.50. The State had 2,209 child victims in 2,163 incidents.

Kerala posted a higher rate of incidence of 26.60 in terms of cases reported under various children-related Acts. The State witnessed 2,502 such incidents.

Kerala had 647 rape victims in 637 incidents. Even as dowry-related incidents continue to rock the State, only three incidents were reported in the State under the Dowry Prohibition Act. 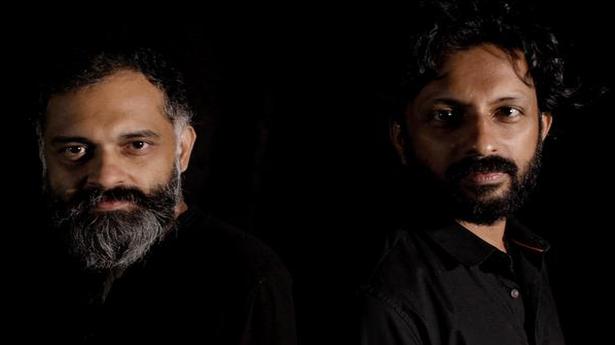 Composer Bijibal and lyricist BK Harinarayanan sing for the farmers