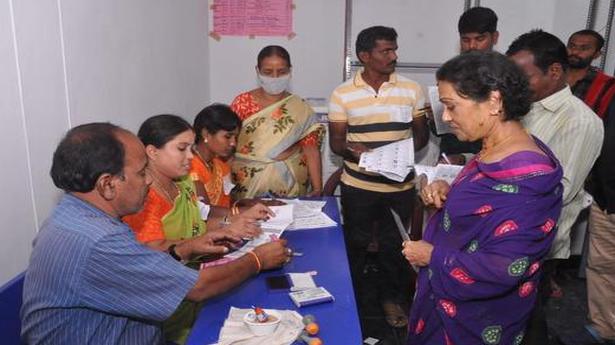 
The second phase of panchayat polls went off peacefully in the Rayalaseema districts of Chittoor, Kadapa, Anantapur and Kurnool on Saturday.

Polls were conducted in 215 panchayats in Chittoor, 135 in Kadapa, 293 in Anantapur and 182 in Kurnool. The officials said the turnout was higher than the previous elections.

Chittoor Collector Hari Narayanan said 77.2 percent of polling was reported in the 17 mandals of Madanapalle division. “We have laid special focus on the hypersensitive and sensitive polling stations, and this led to a peaceful election everywhere. Apart from 3,000-plus police personnel on duty, we have deployed mobile and striking forces too,” he said.

Earlier, the Collector inspected the polling stations in Piler, Valmikipuram and Kalikiri mandals.

Yesteryear actor Ramaprabha caught attention when she arrived at her native village, Ramacharlapalle in Madanapalle rural mandal, to cast her vote.

Mild tension prevailed for a while on Saturday evening at Kollabailu village in Madanapalle mandal, when a group of villagers insisted that the ballot boxes be kept at the respective polling stations and counted there itself, instead of taking the boxes to the neighbouring centre.

In Anantapur, Superintendent of Police B. Satya Yesubabu told the mediapersons that the polling percentage was satisfactory and went up remarkably compared to the previous years.

He said heavy bandobast was in force at 2,996 polling stations in 19 mandals which were in fray for the panchayat elections.

In Kadapa district, the polling percentage remained at 80.47 for the 135 panchayats which went to polls. Joint Collector (Revenue) Gowthami said that Vallur mandal witnessed a record 84.12% polling while VN Palle mandal saw 83.3% polling.

Unprecedented turnout of voters was reported in Kurnool district with 80.76% polling by 3.30 p.m. District Collector G. Veerapandian said the polling was peaceful in all the 183 panchayats of 13 mandals. Of the 4.36 lakh voters, as many as 3.52 lakh voters had cast their votes. The highest percentage of 87.79 was recorded at Gudur mandal, followed by the lowest at 71.83 per cent in Koilakuntla mandal.

12 Maoist militia surrender in a blow to Galikonda committee 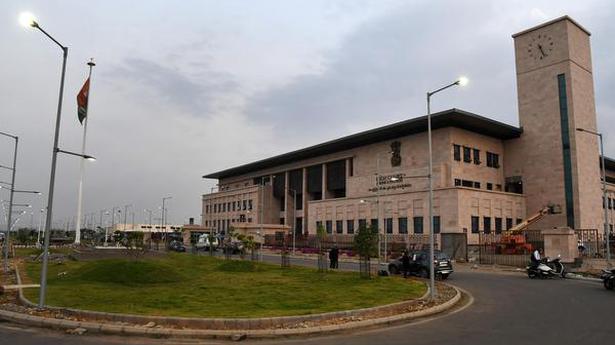