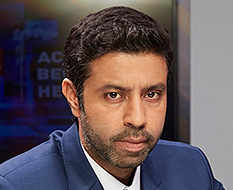 
There have been two back-to-back attacks in Srinagar by Islamist groups over the last few days. The first attack was on the iconic eatery the ‘Krishna Dhaba’. The eatery has been a Srinagar institution for decades and one of the few businesses with public interface still owned by Hindu entrepreneurs. In short, it is a beacon of hope for those in the mainland who seek reassurances that it is possible to set up shop in the Valley without the fear of reprisal especially if you are not an apologist for separatism and religious obscurantism. The second attack was outside the Shiv Shakti shop where Islamist terrorists mowed down two policemen who were having tea at the stall. They were Muslims proud to serve their country and guard its sovereignty. It is difficult to say as of now if they and not the Hindu owned tea stall was the primary target, but few would be surprised. Moderate Muslims sworn to Indian constitutionalism are a particular irritant for radicals and Pakistan sponsored terrorist groups.

What isn’t difficult to discern however is the hypocrisy of the Left-Lutyens lobby and a slew of self-professed secular opposition parties. Two ‘Islamist’ groups who routinely rage against the cosmopolitan and tolerant ethos of ‘Kashmiriyat’ have taken responsibility for the attacks. But not one of these so-called secular parties or entities have mustered the courage to hold a candle-light vigil in public squares in Srinagar or the union capital, visit the homes of those targeted or even tweet condemning ‘Islamist terror’ specifically. All we’ve had, especially from the Gupkar Group comprising the National Conference, the People’s Democratic Party, are bland expressions of regret as if the attacks are a mere law and order issue or then related to a political problem.

Now, imagine had the victims been from another denomination set upon by a Hindu mob in Uttar Pradesh or a BJP-ruled state. The very same ‘secular-minded’ groups would have gathered holding a candle in one hand and a placard saying ‘not-in-my-name’ in the other to protest ‘Hindu terror’. Make no mistake silence over ‘Islamist terror’ in Kashmir will return to haunt them and India at a later stage.

The Islamist attacks are well thought through. They are expressly aimed at ‘outsiders’ (read mainland Hindu businessmen, traders and professionals) and those (moderate Muslims included) standing with the Indian state in the Valley. The reason is that these groups stand to gain the most from placing their hopes upon the post Article 370 transition to normalcy in Kashmir. The abrogation of Article 370 and Article 35(A) has done away with restrictions on Indians from the mainland on buying land or setting up businesses and academic institutions in Kashmir. Prosperity driven through business activity creates jobs and prospects which unleash aspirations and shrink the pool of disaffected and aimless youth in the Valley that radicals need to power their devious plans.

Islamists will like nothing more than to turn the Valley into a caliphate that forever traps the populace in medieval dogma that rages against the project of modernity: tolerance, inquiry, learning and agency. If you cannot quite imagine this just look to Afghanistan under the Taliban, part of Boko Haram controlled North-East Nigeria or parts of Syria that were till recently controlled by the ISIS. And what a basket case these regions are. Not speaking up against the Islamist medieval project may be politic for the Gandhis, Abdullahs and Muftis today but their silence will condemn the enterprising, open-minded people of Kashmir to a fate they do not deserve in the years to come. The chief minister as challenger: Mamata vs Suvendu in Nandigram