A webinar organised by the Hume Centre for Ecology and Wildlife Biology (HCEWB) to mark the International Vulture Awareness Day here on Saturday, stressed the need for joint action by the Forest Department, veterinarians, and conservation organisations for vulture conservation in south India.

The programme was organised in association with Retufa Nature Club and the NSS unit of the College of Veterinary and Animal Sciences, Pookode.

“Though the availability of Diclofenac, a drug that is fatal to vultures, has been reduced in many parts of south India, a few other fatal drugs such as Aceclofenac, Carprofen, Flunixin, Ketoprofen, Nimesulide, and Phenylbutazone are still available,” C. Sasikumar, ornithologist and member of the IUCN vulture specialist group, who handled a session on ‘Challenges of vulture conservation in India’, said.

‘Meloxicam’ remains the only drug that is not fatal to vulture population, Dr. Sasikumar said, adding that Ketoprofen was banned in vulture habitats in Tamil Nadu, but Kerala and other States were yet to take any action in this regard. Hence, the State government should take steps to ban the use of vulture-toxic anti-inflammatory drugs in Wayanad, the sole habitat of vulture population in the State, he said.

Regular monitoring of vulture population in the Wayanad Wildlife Sanctuary will be another important activity, Vishnudas, conservation biologist and director of HCEWB, said.

The webinar raised concern over the dwindling nesting of white-rumped vultures in their habitats in Wayanad and Tamil Nadu in the past two years. Only four pairs were bred last year in Wayanad and very few in Tamil Nadu, Mr. Vishnudas said.

Vultures are capable of travelling more than 100 km a day, and monitoring the population is a tough task. Counting birds on different dates may end up in inaccurate numbers. So, it was decided that a synchronised survey would be conducted on a specific date across all south Indian States, Dr. R.L. Ratheesh, assistant professor, department of preventive medicine, Kerala Veterinary and Animal Science University, said.

Rahul urges govt. to set up spices park in Wayanad 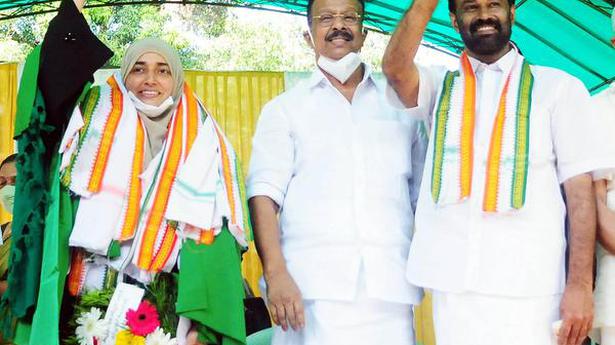