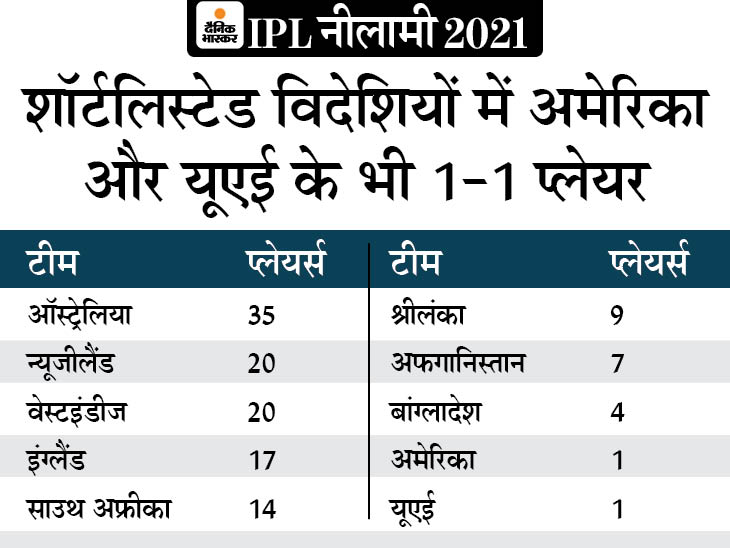 The auction for the 14th season of the Indian Premier League (IPL) is scheduled to be held in Chennai on 18 February. For this, the Board of Control for Cricket in India (BCCI) has shortlisted 292 players. It included 128 foreigners.

Smith was the captain of Rajasthan Royals
Australian players include legendary players such as Steve Smith, Glenn Maxwell, Aaron Finch, Alex Carrie and Matthew Wade. Steve has been the captain of Rajasthan Royals last season, which was valued at Rs 12.5 crore. He was released by the team. Maxwell, who was the player of Kings XI Punjab, was valued at Rs 10.75 crore last season.

10 players base price Rs 2 crore, out of which only 2 Indians
There are 10 names among the shortlisted players whose base price was kept at Rs 2 crore. These include Harbhajan Singh and Kedar Jadhav of India. Maxwell and Smith are also in this list. Apart from these, England’s Moin Ali, Sam Billings, Liam Plunkett, Jason Roy and Mark Wood have also found a place in the list. One of the names in the list is Bangladesh’s all-rounder Shakib Al Hasan. 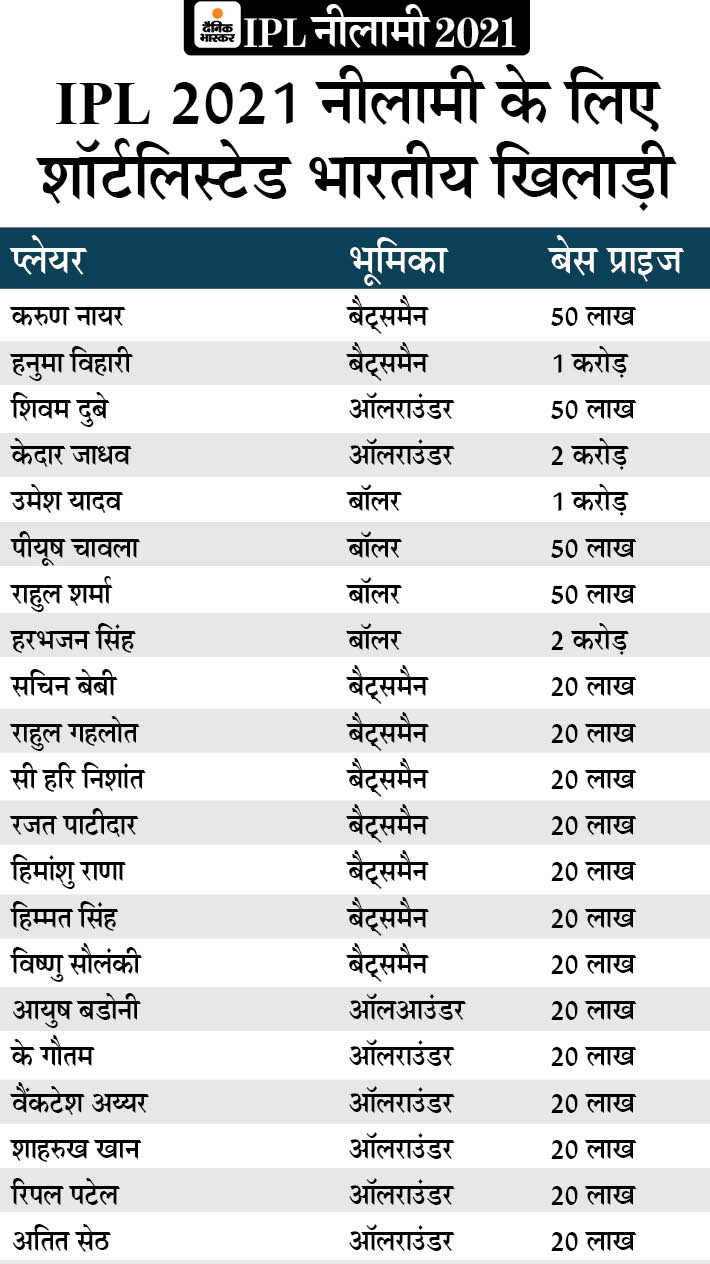 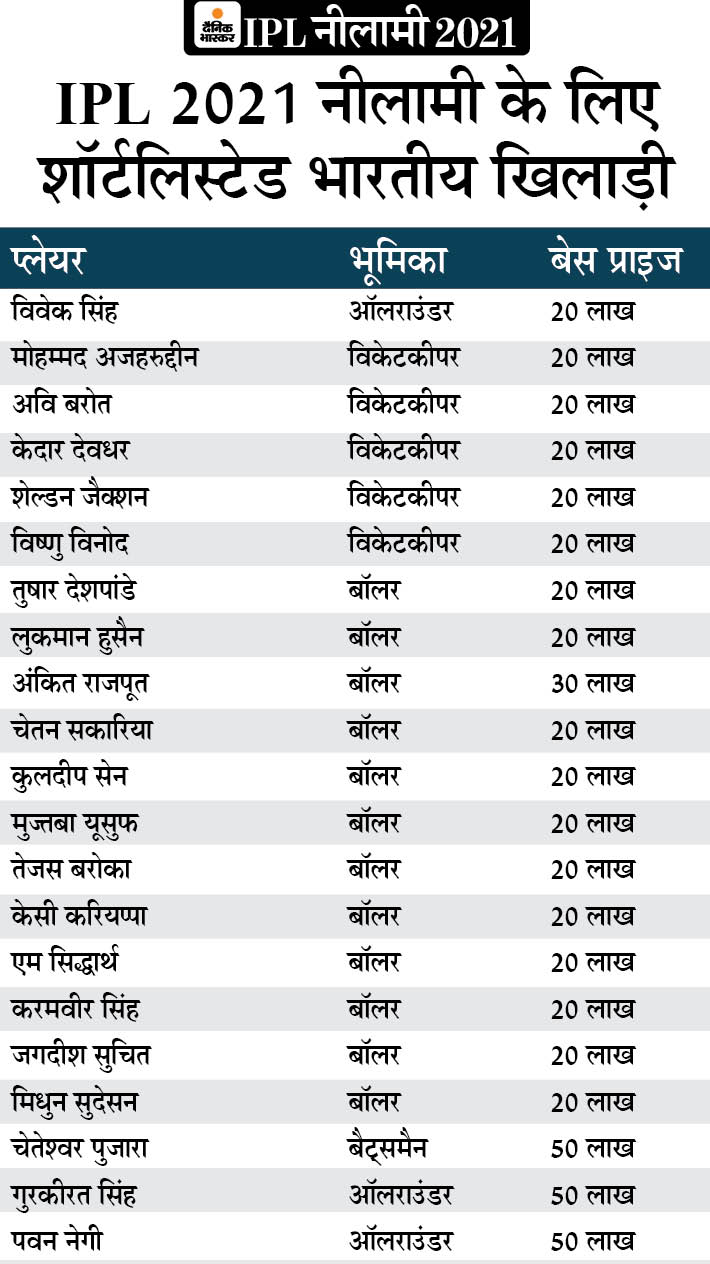 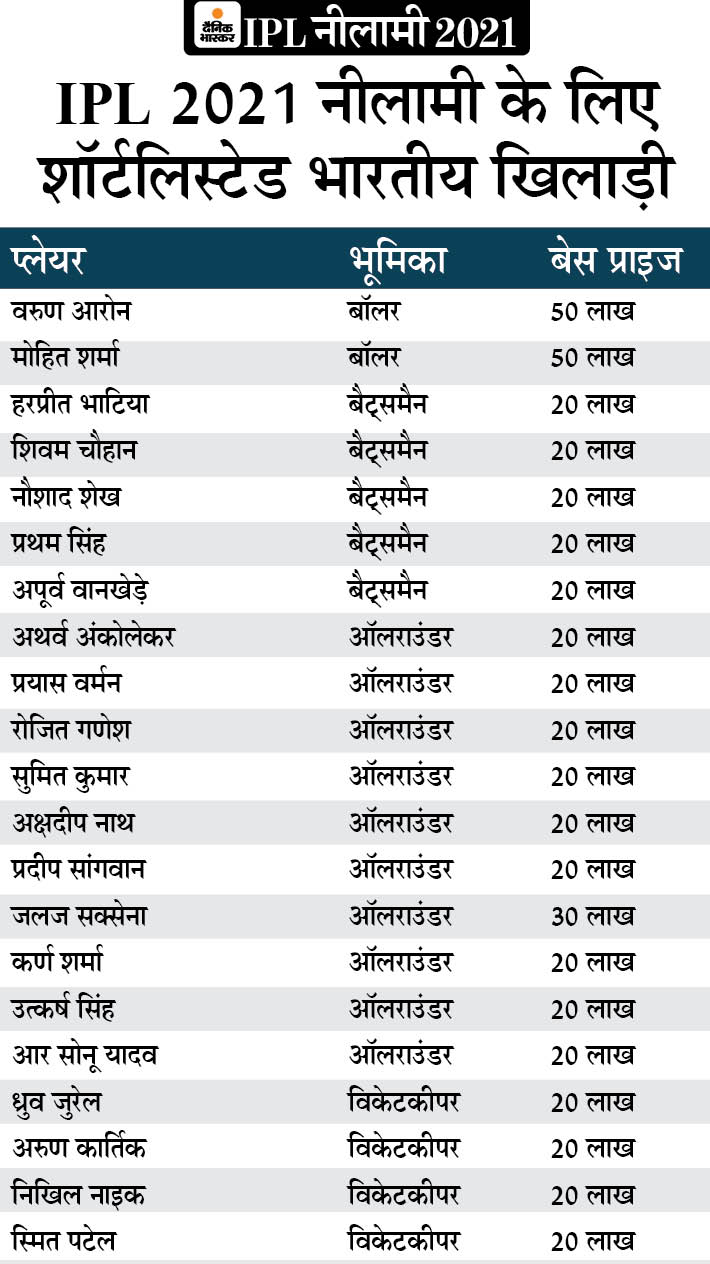 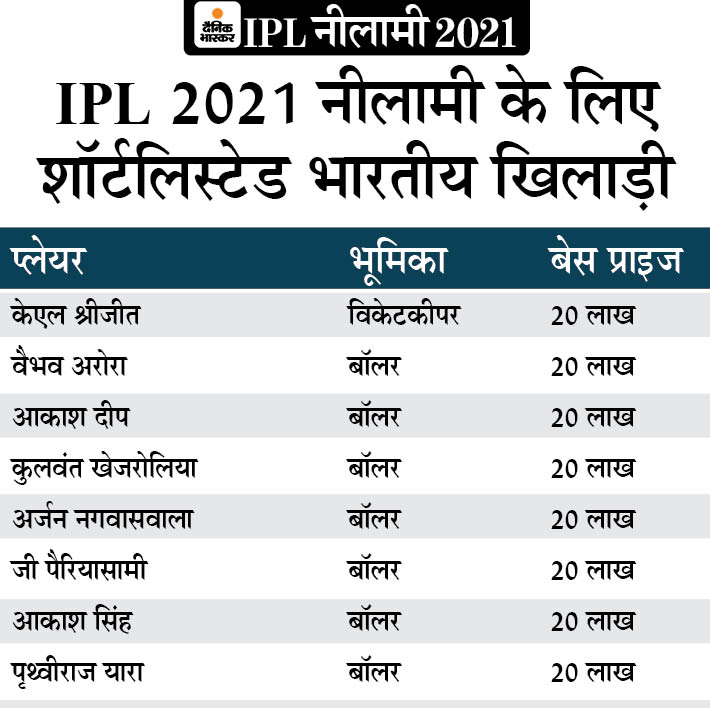 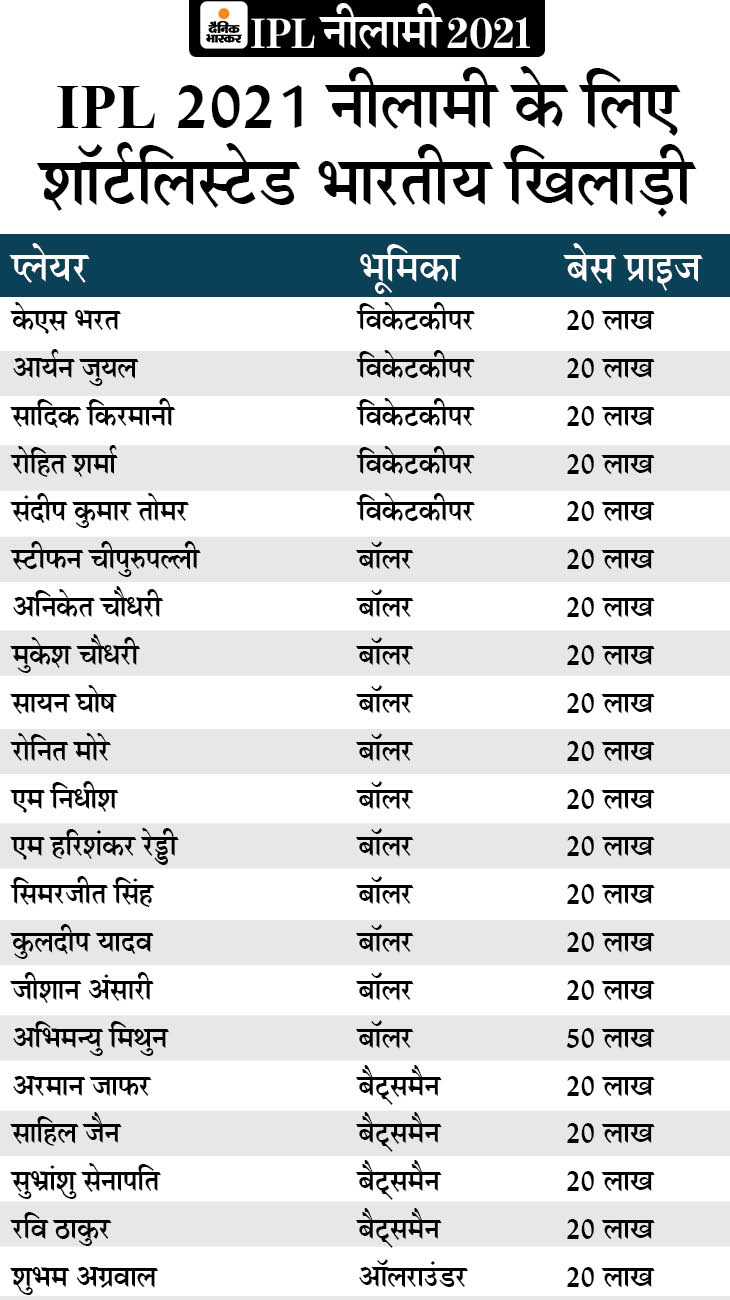 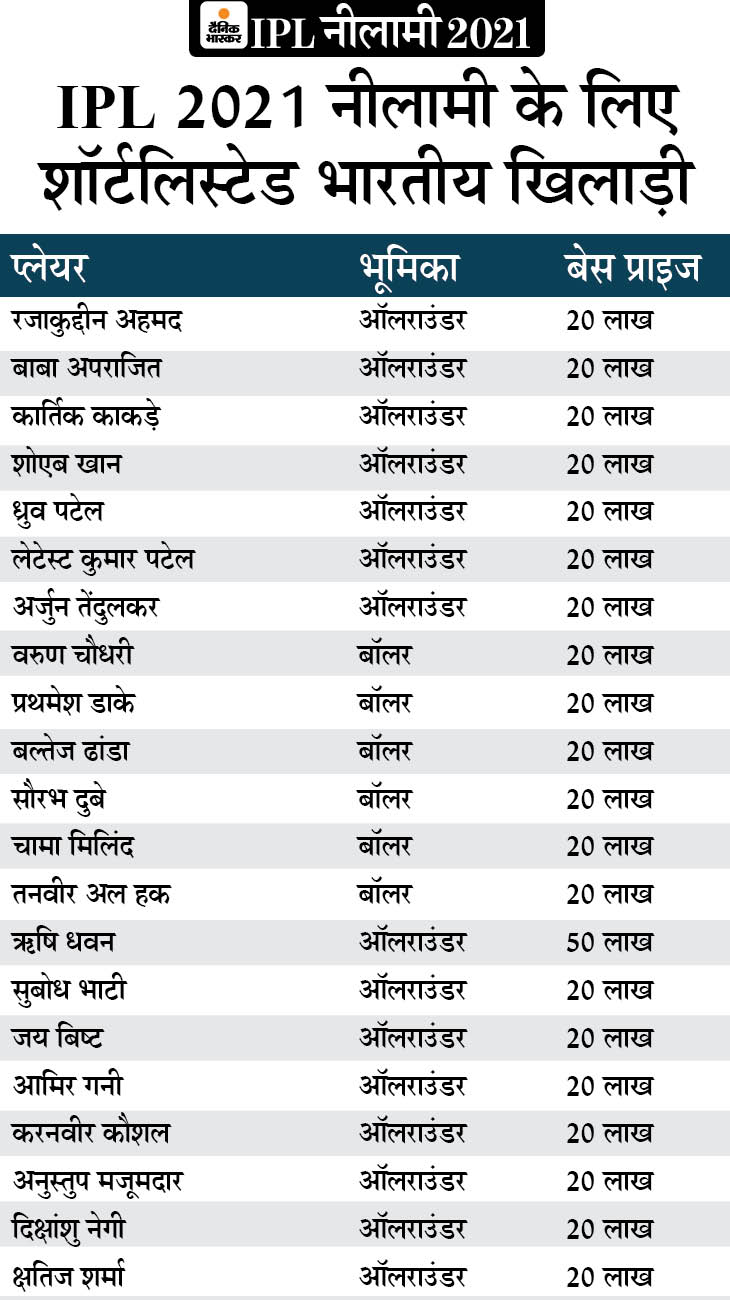 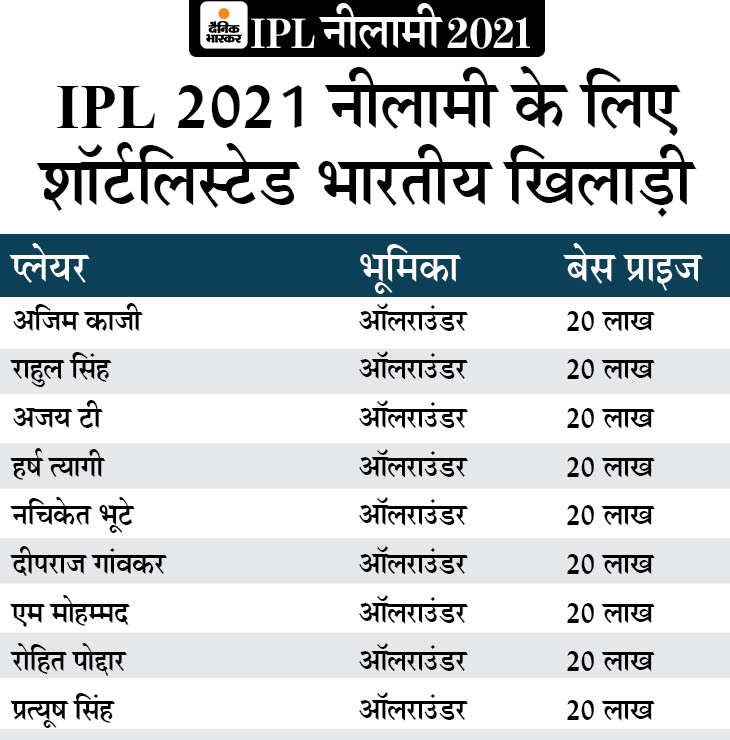 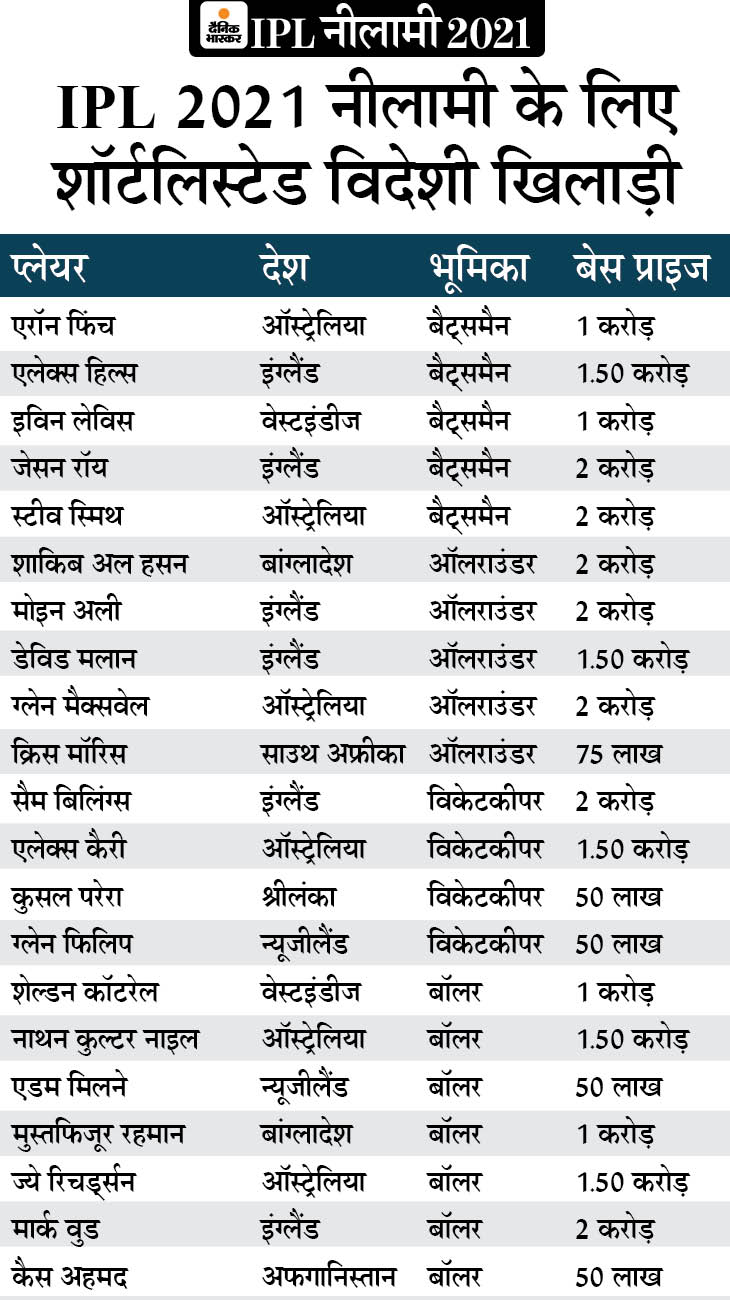 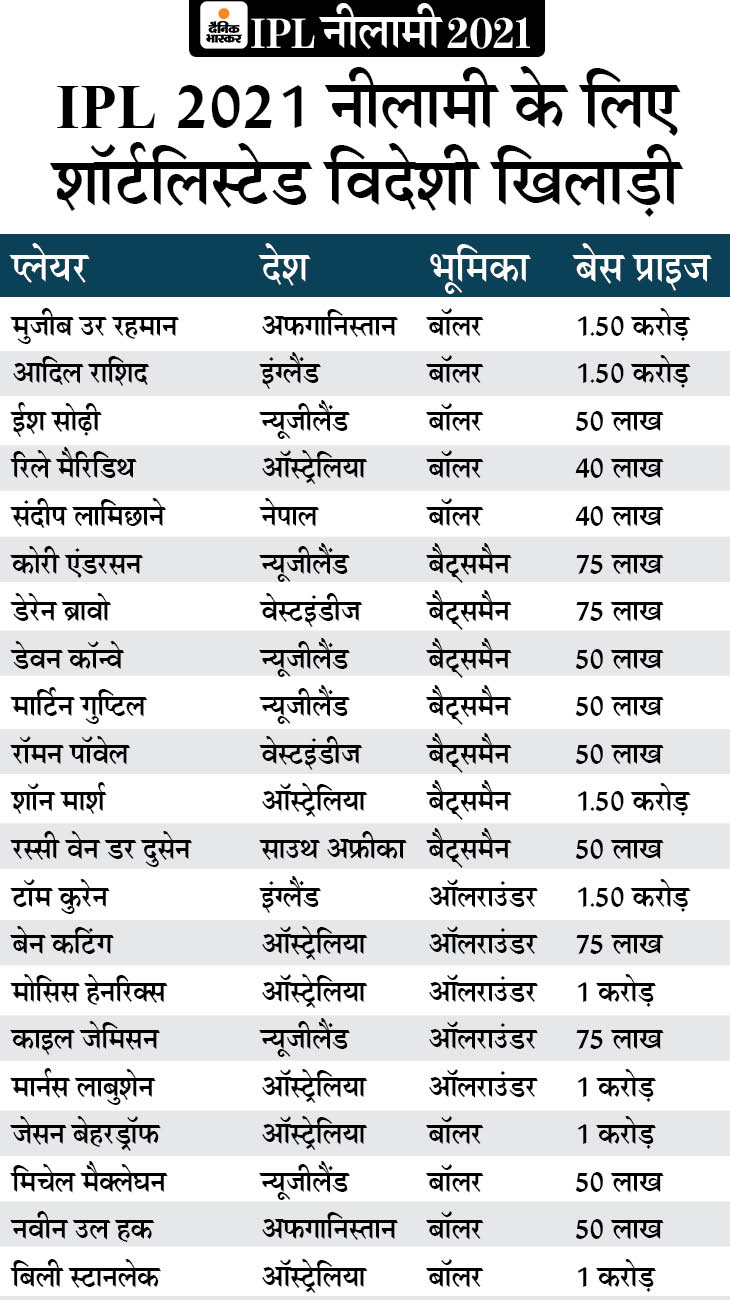 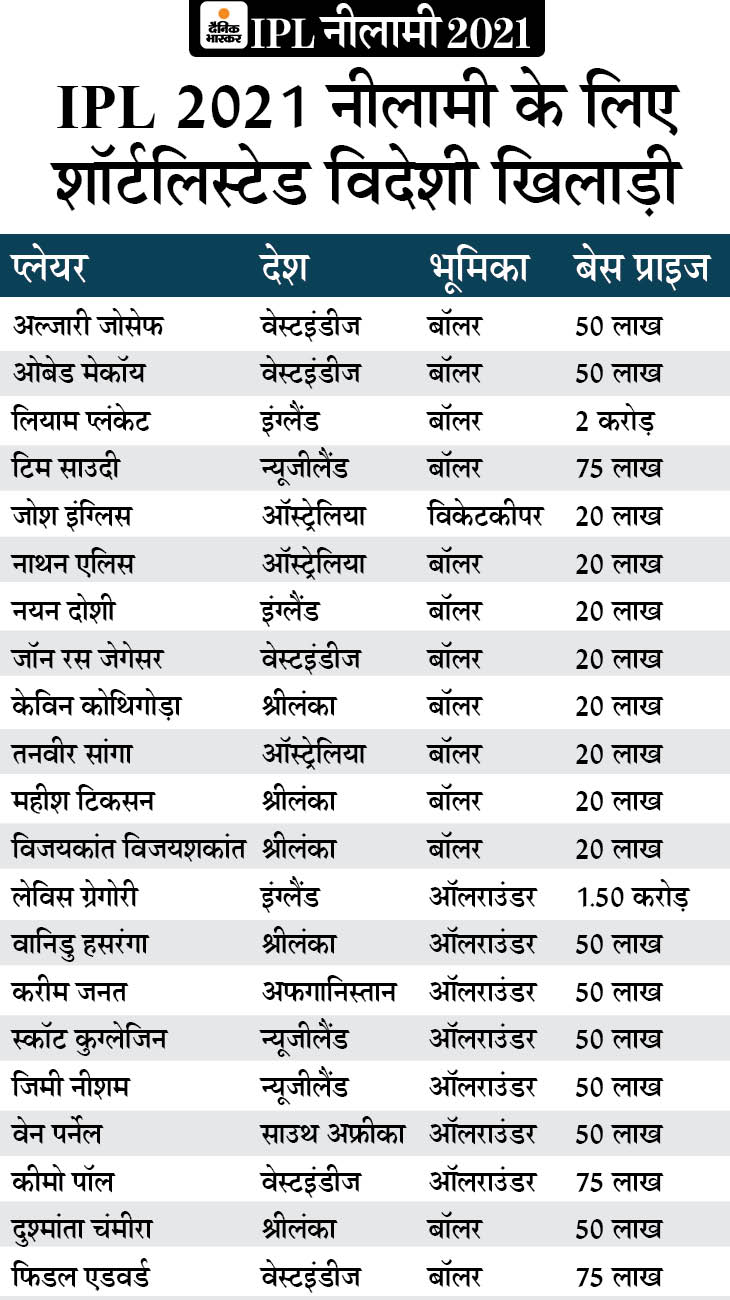 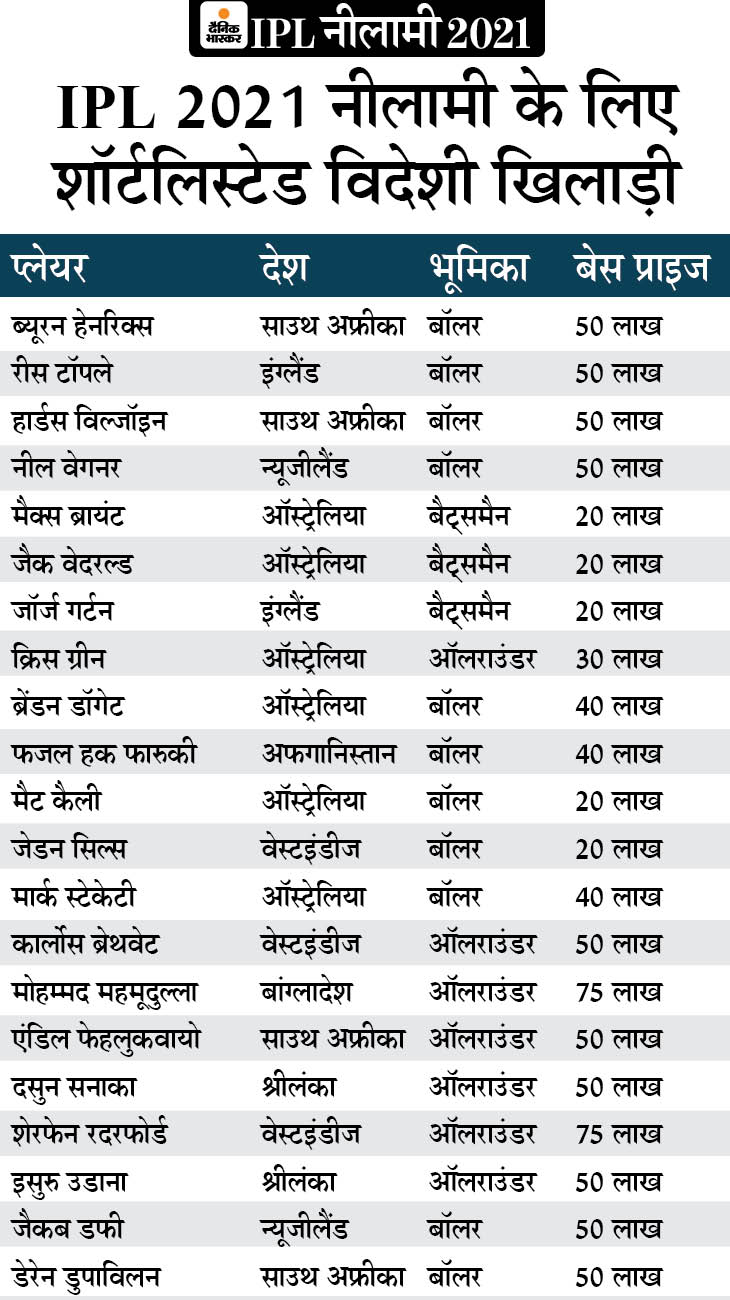 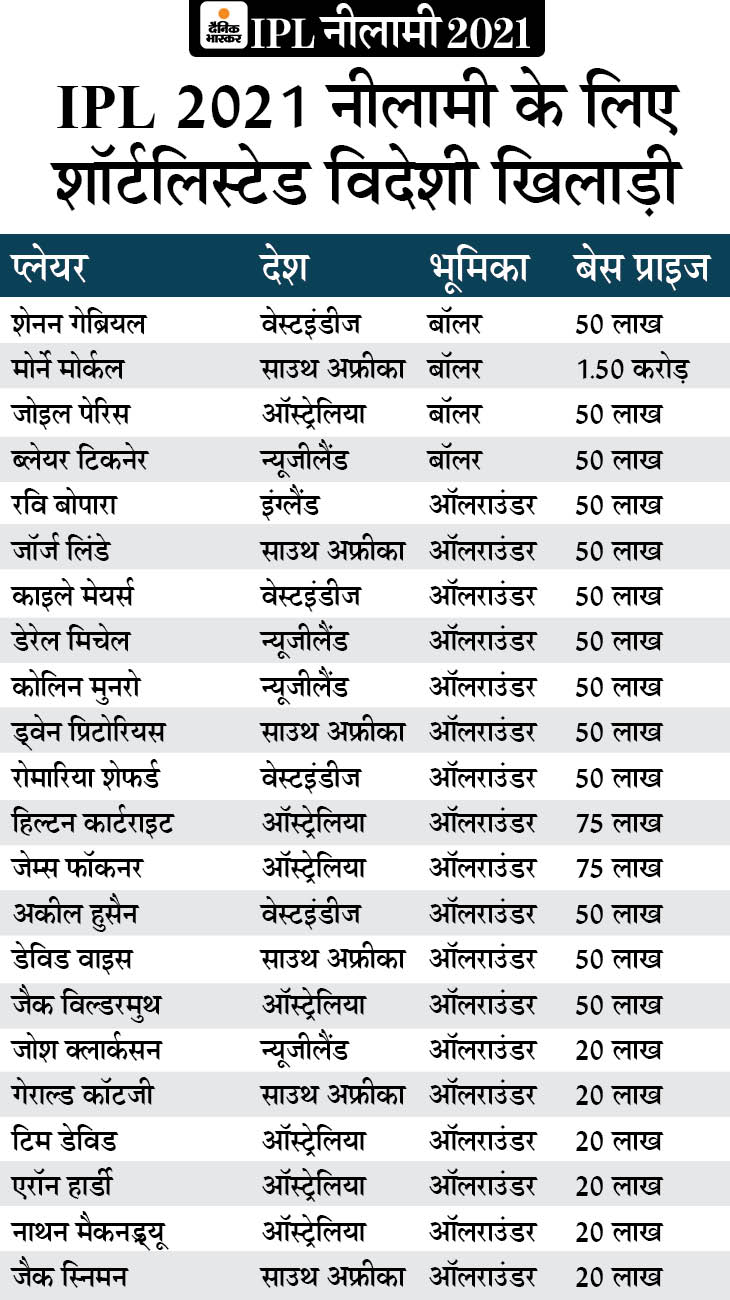 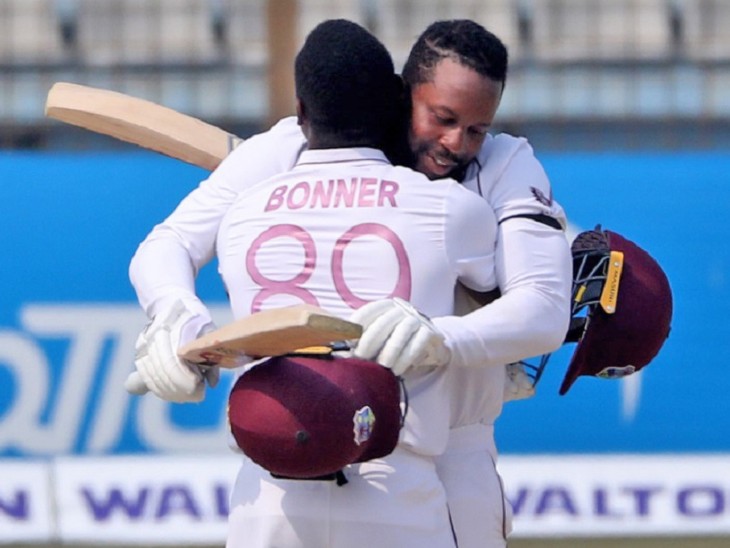 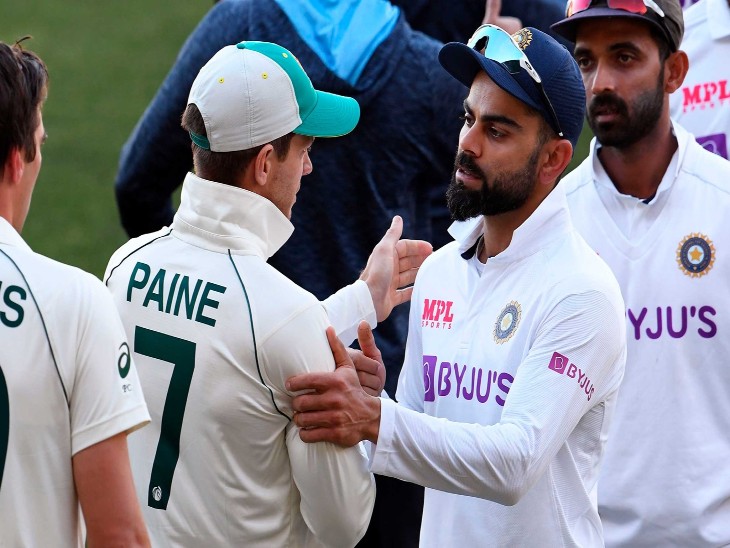 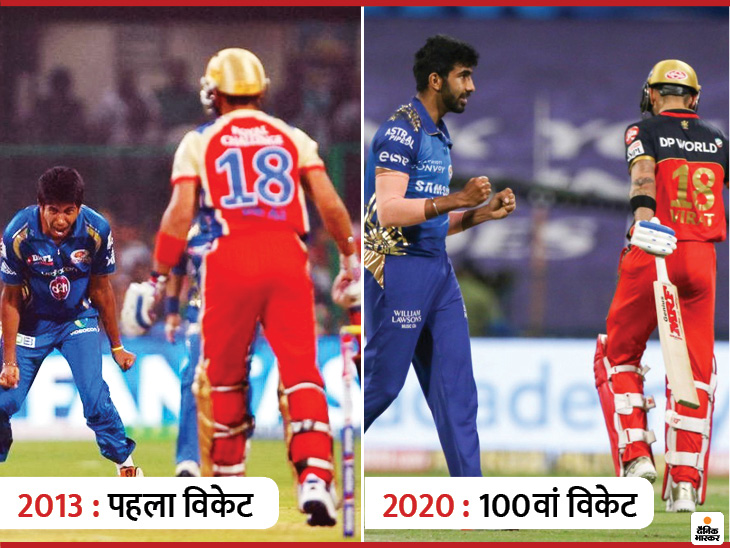 100 wickets complete in Bumrah’s league; Nozzle between Pandya and Morris in the 19th over