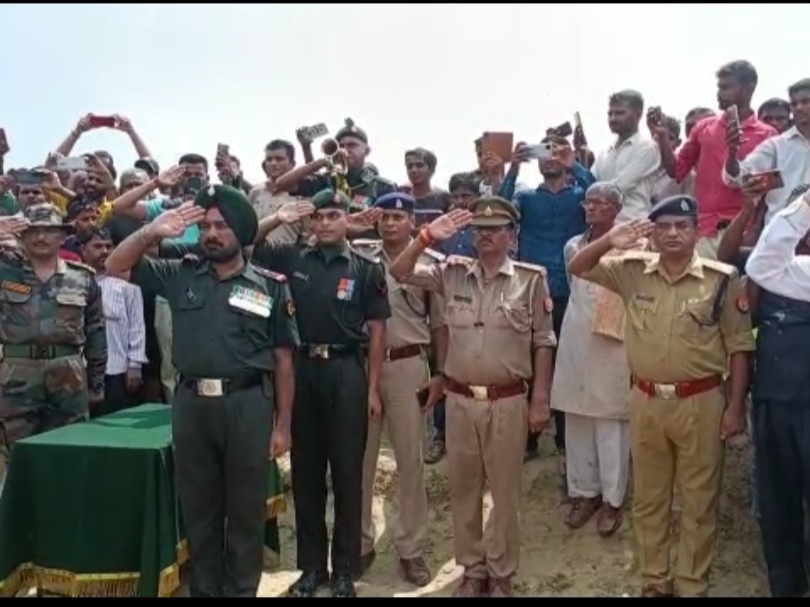 Police officers and army officers giving their last farewell to the jawan in Unnao.

The dead body of Unnao jawan reached the village on Monday. Seeing the dead body of the son wrapped in the tricolor from the army ambulance, the mother became unconscious. Both the sisters and other family members became infuriated. Tears came out of the eyes of the people present on the spot seeing the mother and sisters crying. People gathered in his last journey. Amidst patriotic songs, his flower-adorned chariot was led by army personnel and local police. Hundreds of people standing on either side of the road bid farewell to the jawan with moist eyes. The jawan was cremated with full honours.

The only son of Bharat Yadav of Shripatpur village, Abhishek Yadav was recruited in the army in 2019. After training at Jabalpur Military Training Center, he was posted in Udaipur, Rajasthan. On September 15, Abhishek’s health had deteriorated. Abhishek passed away on Sunday at Jaipur Military Hospital. On Monday, the body of Abhishek reached the village.

The body of the jawan reached Unnao.

Seeing the dead body of the son, the mother got upset

The tricolor wrapped coffin was lowered from the vehicle by the soldiers of the army. With the help of the jawans and the people present, the body was kept at the door after opening the closed coffin. On seeing the son, mother Ramrani and both sisters Rekha and Shilpi started crying after roaring with the jawan. Tears welled up in everyone’s eyes seeing this scene.

SDM Sadar Ankit Shukla reached the village and talked to the family members. After that, preparations were started from outside the village itself by selecting the land of village society for the last rites from the village head Ashu and Halka Lekhpal. Then ADM Rajendra Kumar and ASP Shashi Shekhar Singh also reached. The crowd gathered in the last journey. The army vehicle reached the funeral site with the body. The administrative officers present here gave their last farewell to the soldier by paying respects. An army contingent of the Kumaon regiment from Kanpur gave a salute parade to the martyred soldier. 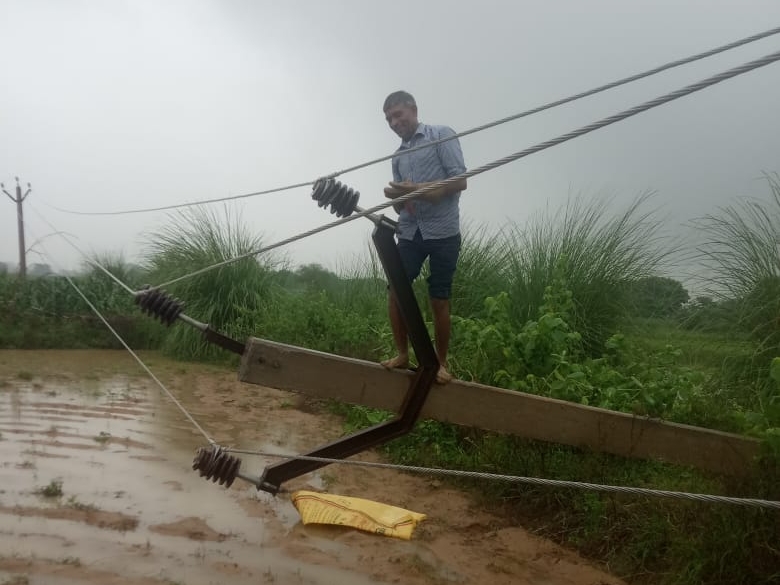 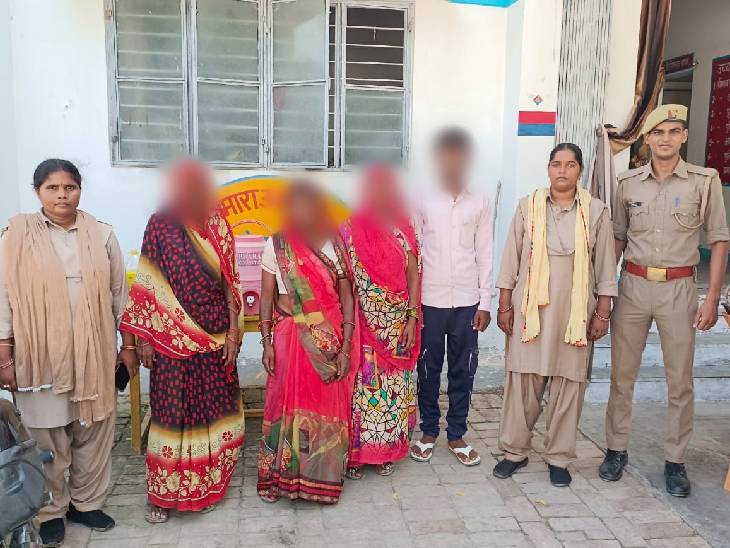