If Dingaleshwar Swami can mobilise ₹ 100 crore for Moorusavir Mutt, I will get land back from KLE Society, says Vijay Sankeshwar

Taking exception to the kind of language used by Dingaleshwar Swami while commenting on the ongoing Moorusavir Mutt land row, Chairman of VRL Goup and former Member of Parliament Vijay Sankeshwar has said that heads of religious institutions should not cross the Lakshman Rekha while speaking on public platforms.

Speaking to presspersons on the sidelines of a book release function at his residence in Hubballi on Monday, Mr. Sankeshwar expressed his displeasure over the language being used by seers of various mutts, including Dingaleshwar Swami, and said that it was unbecoming of a religious head to speak in such a tone and language.

Without naming any other seer, Mr. Sankeshwar took exception to the language and tone of a few other seers while they commented on the Chief Minister of the State recently.

Regarding the allegations being made by Dingaleshwar Swami against the high-level committee of the mutt on the issue of handing over of the mutt land to KLE Society for the establishment of a medical college, he said that the committee was constituted by Sri Gurusiddha Rajayogindra Swami and he (swami) persuaded them [members] to be part of it as he was finding it difficult to run the mutt. “However, as the committee failed to meet on regular basis to take decisions, I came out of the committee 10 years ago,” he said.

On the land row, Mr. Sankeshwar said that KLE Society belonged to all and not just Lingayats. “The decision was taken by the earlier swami 35 years ago as he wanted to save the land and use it for a good cause. It was because of the legal issues and delay in getting government permission that the process was delayed,” he said.

Mr. Sankeshwar said that Dingaleshwar Swami was erring in his conduct. “Dingaleshwar Swami has spoken about using the money of Balehosur Mutt for the development of Moorusavir Mutt. Who gave him the authority in the first place. The mutt gave the land 35 years ago and I know the value of the land. If the swami [Dingaleshwar] can mobilise ₹ 100 crore for the mutt, I will get the land back from KLE Society,” he said.

On how to resolve the issue, he said that the simple way forward will be a dialogue between the two seers on the issue and the solution will emerge on its own. No devotee of the mutt will object if the seers sort out the issue amicably as also the issue of successor to the mutt. 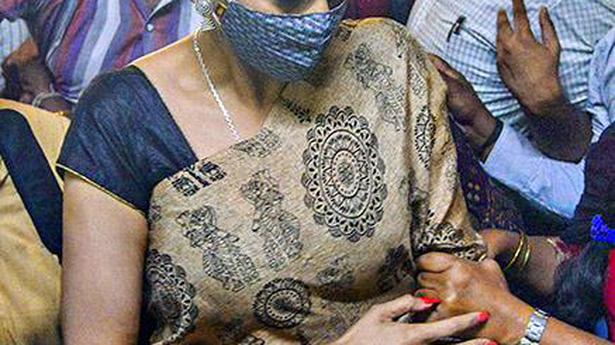 Karnataka drug racket: accused named in FIR continue to be at large