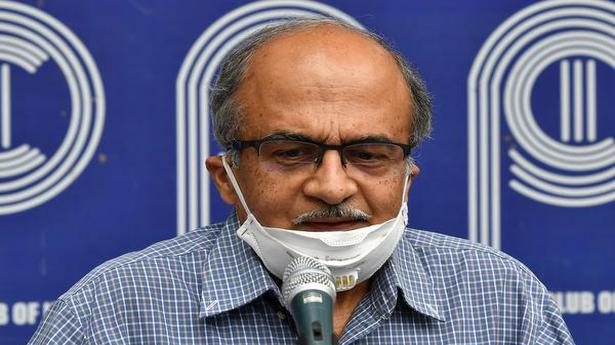 If you have not said anything wrong and if you fully believe in what you have said, then your ego should be such, your self-righteousness should be such that you don’t cave in just because they are offering you an easy way out, says the civil rights lawyer

Civil rights lawyer Prashant Bhushan was punished for criminal contempt by scandalising the Supreme Court. The court punished him with a ₹1 fine. He was also criticised by the court for not apologising. The court blamed his “adamance and ego” for that. But Mr. Bhushan told The Hindu on Friday that “self-righteous ego is a must for any self-respecting, truth-loving person”.

(Edited excerpts of the phone interview)

You said criticism, and harsh criticism at that, protects the court. The court said criticism should be “fair” and not cross the Lakshman Rekha. Is this the court asking critics to self-censor or is it the court appealing to their better judgment when they speak in public?

The court’s reputation is affected by what people say only if it seems to have a ring of fairness and authenticity. Trying to use the law of scandalising and lowering the authority by way of contempt to stifle criticism just because some of it may be scurrilous or totally unfair is counterproductive and especially dangerous because it ends up stifling honest opinion. It was my, and remains my bona fide opinion, about the role of court in the last few years. Somebody may agree with it or not, but that does not make it contempt. I am not saying the whole of contempt law should go, but the scandalising of court should go.

The court blames your “adamance and ego” for not apologising. Even the Attorney-General, as a constitutional authority, asked you to express regret to the court. Did you think that you would be giving ground by not apologising to an institution you hold in high esteem?

The court’s judgment says judges are handicapped when attacked. It is contempt to attribute personal motives to judges. But is it not healthier for the institution and dignity of office if individual judges are allowed to defend themselves and respond to attacks?

In my view they (judges) should be able to respond to criticism levelled against them. Others can also respond to these remarks, and they do. On the question of motives, sometimes motives are there for all to see. For example, there have been cases where judges have a serious conflict of interest and they still deal with those cases.

Is wider consultation necessary before initiating contempt on the ground of scandalising the court?

Suo motu initiation of contempt should only be after a meeting of the Full Court. Secondly, there must be an appeal against this judgment. One appeal… one criminal appeal is held to be a fundamental right under Article 21 by the Supreme Court. There is no appeal against this. Review goes to the same Bench in chambers.

Also read: Pained because I have been grossly misunderstood, says Prashant Bhushan

A tweet is shared rapidly. It attracts hundreds or even thousands of comments which vary from funny to abusive. Is contempt practical?

Theoretically, it (contempt) can be done, but it is not in public interest to do so because people will stop making even bona fide and fair comments.

Are opinions expressed in social media a reflection of public opinion and faith in an institution?

By and large, they are. There may be some people who level criticism or attack the court due to vested interest. But on the whole, they are a reflection of public opinion.

As a senior lawyer and officer of the court, should you have been more guarded in your tweets?

No, my motorcycle tweet… It was primarily meant to underline why the courts are being kept under lockdown. It is leading to real problems for litigants… See the number of cases normally heard by the court and the cases being heard during lockdown through videoconferencing… It is hardly 10%, and these hearings are not satisfactory.

Do virtual court hearings give ample opportunity to substantiate defence in a criminal contempt case, especially when personal liberty is at risk?

It is not just a question of personal liberty, but proper and fair hearing. We cannot have a proper hearing through e-conferencing.

The contempt action was confined to two tweets. Yet your reply delved into various past instances in connection with the court. The court termed these allegations “wild” and “reckless”. The reply was described as an aggravation of contempt. Why did you file this reply? What did you want to convey to the court?

I was showing my bona fide. That look, I absolutely believed what I said. There were three things I said in that one tweet. First, democracy has been substantially destroyed in the last six years. Second, the court has facilitated or allowed the destruction of democracy in the last six years. Last, four CJIs have played a significant role in that destruction. I dealt with each of these in the reply to show why I felt that democracy has been substantially destroyed. Look at the assault on free speech, look at the destruction of regulatory institutions, look at the assault on the media… And then I said the role of the Supreme Court is to protect democracy, protect fundamental rights.

You were willing to be punished, saying truth is your defence. Mr. Rajeev Dhavan (Mr. Bhushan’s lawyer), on the other hand, urged the court not to punish you and make you a martyr. Was there a disparity in thought here between you and your counsel?

No, he felt it would be further damaging to the court if they send me to jail. That was his view.

Have you paid the ₹ 1 fine? 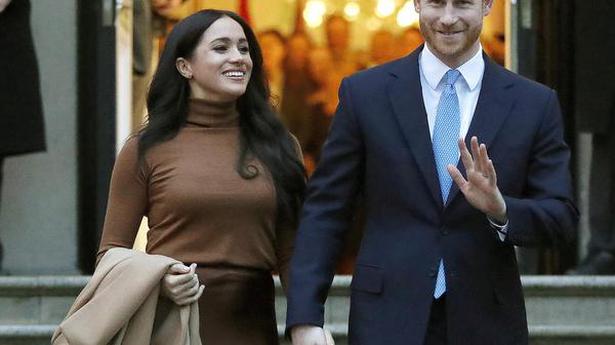