Elsewhere in Asia, bourses in Shanghai, Hong Kong and Seoul were trading higher in mid-session deals, while Tokyo was in the red.

Equity benchmark Sensex crossed the 44,000 mark for the first time in early trade on Wednesday, tracking gains in financial stocks amid largely positive cues from other Asian markets and persistent foreign fund inflow.

On the other hand, HUL, Titan, Tech Mahindra, Nestle India and TCS were among the losers.

Foreign institutional investors remained net buyers in the capital market as they purchased shares worth ₹4,905.35 crore on Tuesday, according to provisional exchange data.

Improved prospects of corporate earnings will continue to aid mid-cap and small-cap stocks to outperform large caps in the near term and rotational trade is also expected to remain visible, he noted.

The Supreme Court’s hearing on interest on loan moratorium is scheduled for later in the day, which may have an impact on bank stocks, Mr. Mahajan added.

Elsewhere in Asia, bourses in Shanghai, Hong Kong and Seoul were trading higher in mid-session deals, while Tokyo was in the red.

Bourses in the U.S. ended on a negative note in overnight sessions.

Rupee surges 15 paise to 74.17 against US dollar in early trade 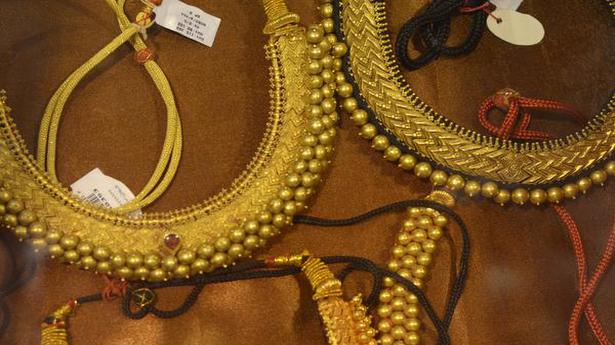