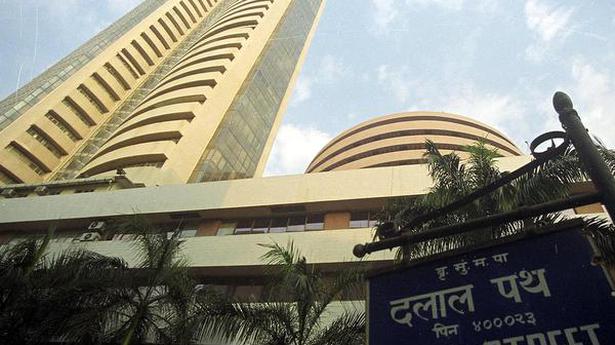 ITC was the top laggard in the Sensex pack.

ITC was the top laggard in the Sensex pack, shedding around 3%, followed by Reliance Industries, Bajaj Finance, Axis Bank, HUL and HCL Tech.

On the other hand, PowerGrid, Bharti Airtel, ONGC and UltraTech Cement were among the gainers.

“Control of Senate by Democrats is likely to result in reversal of lower tax rates in the US, which may create certain volatility in the market,” he said, adding that volatility index shot up sharply over 5% at one point of time.

Elsewhere in Asia, bourses in Shanghai and Hong Kong ended on a positive note, while Tokyo and Seoul were in the red.

Stock exchanges in Europe were trading firm in early deals.

Meanwhile, the global oil benchmark Brent crude was trading 0.99% higher at $ 54.13 per barrel.

Rupee opens on flat note against US dollar

Rupee settles 10 paise higher at 73.76 against US dollar

Coffee growers to join Jan. 26 jatha in Bengaluru to seek MSP for their crop