Karnataka
October 1, 2020 Divya Bharat 0 Comments BengaluruHundreds of UG Common Law Admission Test (CLAT) candidates, have alleged that there are discrepancies., who saw their answer papers — assessed based on the provisional answer key — on Wednesday

They raise objections after seeing answer sheets; Consortium of National Law Universities gets around 400 complaints

Hundreds of UG Common Law Admission Test (CLAT) candidates, who saw their answer papers — assessed based on the provisional answer key — on Wednesday, have alleged that there are discrepancies.

CLAT-2020, which is the entrance test for admissions into 22 National Law Universities across the country, was held on September 28.

Candidates that The Hindu spoke to claimed that the answers they had chosen and submitted while writing the online test were different from what had been finally marked. For instance, if a candidate had chosen option ‘c’ in the test, in the answer sheet, he or she has been graded for option ‘b’.

They also alleged that they were not allotted marks even though they had attempted certain questions.

Many candidates have taken up the matter with the Consortium of National Law Universities. “I have emailed them stating that I have been awarded a lower score than what I should have got. I have been marked negatively for questions I skipped, which is not the format of the paper,” said a candidate. Another candidate who has also written to the consortium pointed out that she was supposed to get 86 marks based on the provisional answer key, but was shocked to see that her score was just 48. “My friends have reported the same discrepancy,” she said.

Balraj Chauhan, convener, CLAT-2020, told The Hindu that they had received around 400 grievances, all of which would be reviewed. He said he had looked into 150 grievances so far and no errors had been found.

“Students probably do not remember which answer they had clicked. In our investigation nothing has been found wrong so far,” he said, adding that the system was transparent. The consortium has also said that they have audit trail reports of every click.

However, candidates are unconvinced. They have urged the consortium to republish their answer sheets after verification, while some have also demanded a re-examination.

They have tagged the Union Minister for Education Ramesh Pokhriyal Nishank and Prime Minister Narendra Modi in tweets airing their grievances.

CLAT has responded to candidates stating that their concerns have been noted and their grievances will be forwarded to the examination audit department for further verification.

Candidates have also raised objections to the provisional answer key. The final answer key is expected to be published on October 3. 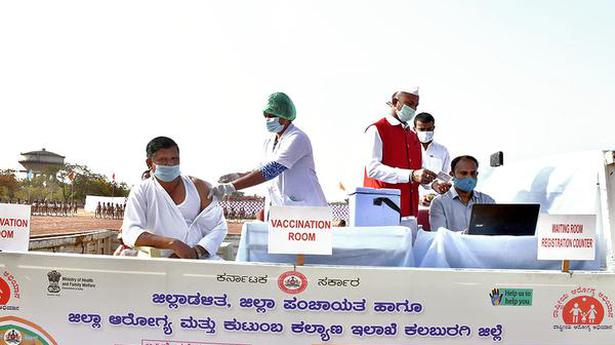 BJP govts. are committed to protecting interests of farmers: Katti