A damaged sewage drain near the intersection of Madley Road and South Usman Road in T. Nagar is posing a threat to the safety of passers-by, as it is lying open and has only been partially barricaded.

The drain was damaged when Greater Chennai Corporation was carrying out footpath work, a project that comes under Smart Cities Mission, a Ministry of Housing and Urban Affairs scheme.

“The open drain emits a foul odour. Therefore, at least a temporary arrangement should be made to cover the drain” says S. Prema, a resident of West Mambalam.

T. Nagar being a shopping hub, the intersection is extremely busy.

Further, it witnesses frequent movement of Metropolitan Transport Corporation buses as a terminus-cum-depot is nearby. The MTC terminus receives good patronage because it provides services to Broadway, Tambaram, Thiruverukadu, Poonamallee, Ambattur, Adyar, Perambur and Triplicane. In addition to residents from T. Nagar, those living in nearby localities such as CIT Colony, Kodambakkam, Saidapet, Nandanam and Teynampet also rely on this terminus.

Such an important terminus is not well-lit. Hence, many can be seen waiting near the intersection. The drain needs to be attended to immediately. A Corporation official says, “Steps will be taken to cover the drain at the earliest.”

Maharashtra board exams for Classes X, XII to begin in April 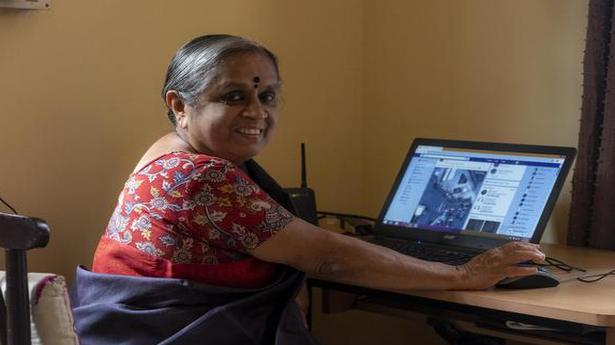 Author Radha Nair on her book ‘Breaking The Cocoon @ 40’