The Madras high court judge dismissed the FIR filed against the accused.

Sex workers should not be arrested or penalised whenever a brothel house is raided by police, the Madras High Court has ruled.

Citing a recent Supreme Court judgment, which had held that whenever any brothel is raided, sex workers should not be arrested or penalised or harassed or victimised and it is only the running of the brothel, which is unlawful, Justice N Satish Kumar quashed an FIR registered against a customer of the brothel house.

“In the case on hand, merely because the petitioner was in the place, which is alleged by the respondents (police) to be a brothel being run by some person, the petitioner cannot be fastened with any penal consequence and further, the act of the petitioner also cannot be said to be an act of pressurising the sex workers to commit acts, which they were not interested,” the judge said.

The judge was allowing a criminal original petition from one Udayakumar, who was arrested from a brothel house in Chintadripet. The allegation against him was that when the police raided the massage centre, the petitioner was also present along with the sex workers and he was apprehended and arrayed as Accused No. 5.

Petitioner’s counsel submitted that even if the entire allegations were taken together, it would not attract any offence. Doing sex work was not illegal and only running a brothel, illegal. The sex workers were engaged in the profession on their own volition and not due to any inducement, force or coercion and, therefore, such acts were not liable for prosecution under Section 370 of the IPC.

The Additional Public Prosecutor submitted that under the pretext of a massage centre, a brothel was run by the first accused.

Allowing the petition, the judge noted that as per the FIR, petitioner was not present while sex workers were in the said massage centre and he was not shown as an accused. However, only in the alteration report, the petitioner is shown as A-5. Even if the entire report was taken at its face value, the said report did not show any offence committed by the petitioner, except for his alleged presence at the said place. Further, there was no material to show that he was involved in any sexual act at the said place and that the persons, who had been rescued from the said place had made any allegation against any of the individuals, much less the petitioner.

From the Supreme Court decision, any sex worker, being an adult and indulging in sexual act with his/her own consent, the police authorities should refrain from taking action against such individuals. From the facts, as is evident from the FIR and the alteration report, there was no whisper about any coercion on the sex workers to commit the act, more so from the petitioner. That being the case, the petitioner not being alleged to be a person coercing the sex worker to commit the sexual act, continuing the FIR against the petitioner was nothing but a futile exercise and would serve no purpose, the judge added and quashed the case against the petitioner 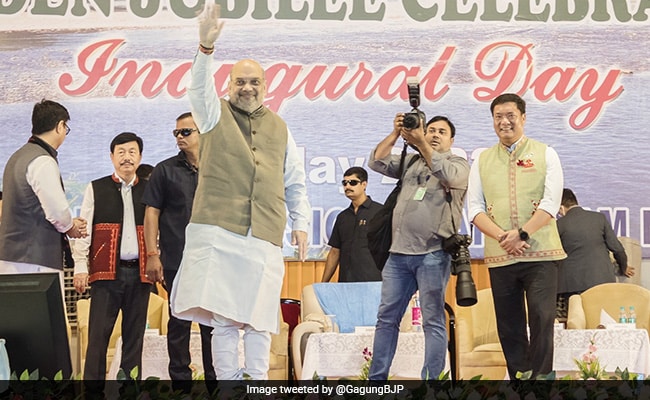