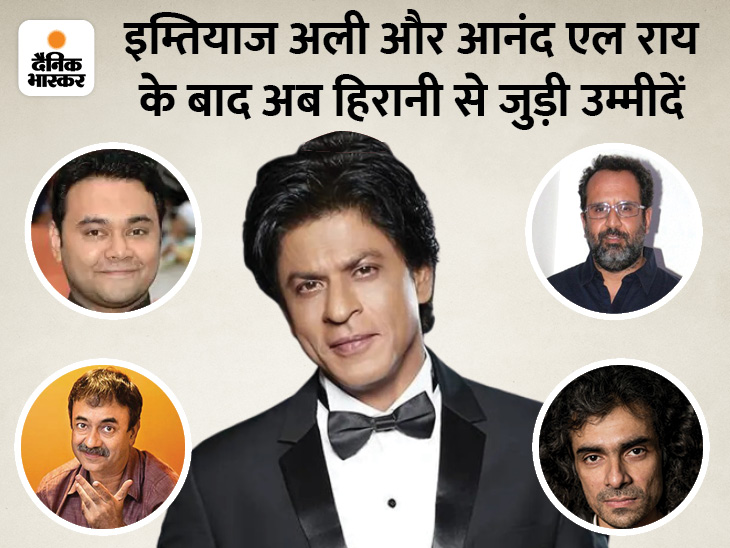 Shahrukh Khan, the king of Bollywood, is soon making a comeback with Rajkumar Hirani’s film Dunki. The teaser of this film has come out. The film will be released on 22 December next year. Shah Rukh was last seen in Aanand L Rai’s Zero, which was a flop. Apart from Aanand L Rai, Shah Rukh has also appeared in Imtiaz Ali’s average film Jab Harry Met Sejal. The track record of all these directors is excellent, although when Shahrukh came in their films, the film could not be a hit. Now all the hopes of Shahrukh’s comeback are tied to Rajkumar Hirani, whose film till date has not flopped.

Rajkumar Hirani is the same director for whom Shahrukh Khan did not have dates at one time, but now he has taken up the responsibility of Shahrukh’s return.

Rajkumar Hirani wanted Shah Rukh Khan to play Munna in the film Munnabhai MBBS, while he cast Sanjay Dutt in the role of Zaheer. Shahrukh left this film due to back problem, after which Sanjay got the lead role and the role of Sanjay went to Jimmy Shergill.

Rajkumar Hirani wanted to cast Shahrukh Khan in the 2009 film 3 Idiots, but Shahrukh turned down the film as he was busy with other films. After Shahrukh Khan, Aamir Khan came in the lead role in the film. The film was a blockbuster hit, due to which Shahrukh had regrets. While revealing this in Koffee with Karan, Shahrukh had described himself as the fourth idiot. One of the reasons for leaving the film was that Shah Rukh also wanted to produce the film with Vidhu Vinod Chopra, but things did not work out.

The credit for making Shahrukh the Badshah of Bollywood goes to Dharma Productions and Yash Raj Films, but after the controversies, both the production houses are no longer making films with Shahrukh. As a result, Shahrukh has to work with makers with whom he has never worked to make a comeback. In the last 5 years, Shahrukh has worked with 5 new directors for the first time. Shah Rukh has appeared in Maneesh Sharma’s Fan, Imtiaz Ali’s Jab Harry Met Sejal, Rahul Dholakia’s Raees, Gauri Shinde’s Dear Zindagi and Aanand L Rai’s Zero.

Dharma did not get Yash Raj’s help in the comeback

After Zero, Shahrukh is making a comeback after 4 years. Apart from Dunki, Shah Rukh has Pathan and Atlee’s untitled film. But Dharma Productions and Yash Raj Productions have nothing to do with these three films.

King Khan gets caught in controversies before every film release-

my name is khan

Shahrukh Khan, the owner of IPL team Kolkata Knight Riders, had talked about giving Pakistani cricketers a chance in IPL during an interview in 2010. His statement was in controversy. Shiv Sena opposed Shahrukh’s upcoming film My Name is Khan. Shahrukh was tagged anti national. There was a demand to stop the release of the film. When the film was released, theaters were ransacked. Security was put in 63 theaters in Maharashtra, due to which the film could be released.

Water was misused in many scenes of the film, due to which the film was in controversy. Shahrukh has also been burdened to make a statement on Asihushna. Shahrukh’s film Chennai Express, which was released after the statement, was fiercely opposed. Shahrukh had said in an interview that intolerance has increased in the country. When the controversy escalated, Shahrukh also apologized but there were constant demands to boycott the film.

Even before the release of Dilwale film, there was a demand to boycott it. The condition of farmers was not good at the time of release and Shah Rukh did not comment on them. People demanded to stop the release of the film saying that Shahrukh is not taking care of the poor farmers.

The 2016 film was mired in legal trouble even before its release. A writer Mahesh Doijode had accused the makers of stealing the story of the film. Mahesh had alleged that he had narrated this story to Yash Chopra years ago, but the matter was not made at that time. Now this story is being stolen and made up.

The poster of the film Zero was in a lot of controversies in which Shahrukh, who became Bona, was standing holding a kirpan. The film was accused of hurting religious sentiments.

Shahrukh Khan waiting for a superhit for 10 years

till there is life

Shahrukh Khan has not got any superhit film since Don 2, which released in the year 2011. In the year 2012, Shah Rukh was seen in Yash Raj’s last film Jab Tak Hai Jaan, but this film was also a flop. Shahrukh Khan was liked in the film but the film could not earn much.

The 2012 Chennai Express, directed by Rohit Shetty, did well at the box office but Shah Rukh Khan’s acting received a lot of criticism. Critics believed that Shahrukh was overacting in the film.

After Chennai Express, Shahrukh again appeared in Rohit Shetty’s film Dilwale. Like 90, Shahrukh-Kajol’s romance, action, drama failed to show in the film. This time too the film was a hit at the box office, but people did not like Shahrukh’s performance.

In 2016, Shahrukh appeared in a double role in Maneesh Sharma’s film Fan. It was a flop film, in which Shahrukh had to face a lot of criticism. The film also had a disappointing performance at the box office.

Shahrukh Khan appeared in a cameo role in the coming age drama Dear Zindagi. The film was definitely a hit but its full credit went to the lead actress Alia Bhatt.

In 2017, Shah Rukh appeared in Rahul Dholakia’s Raees. The film was a hit, but Shah Rukh’s acting was again criticized.

In 2017 itself, Shahrukh once again did the romantic film Jab Harry Met Sejal. In the film, the pairing of Anushka, 22 years younger than Shahrukh, shocked the people. Shahrukh’s acting was disliked and the film flopped.

In the year 2018, Shahrukh appeared as a dwarf in the film Zero. The concept of the film was new, but the film could not be a hit. Once again Shahrukh was accused of overacting. 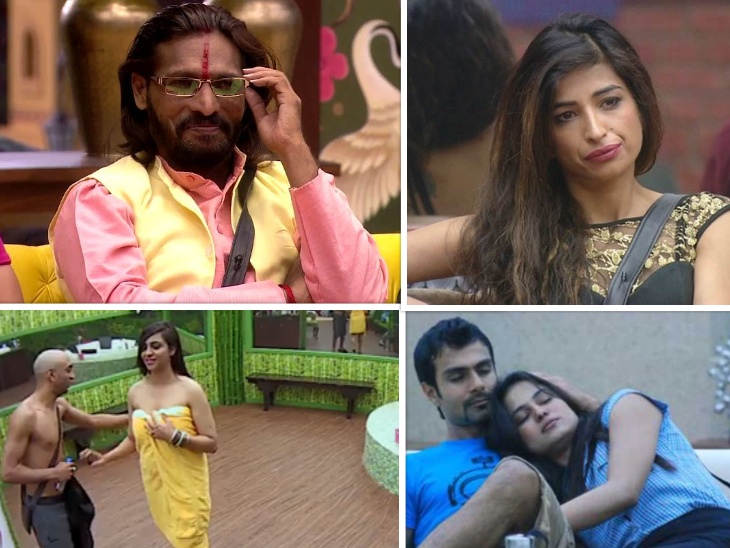 Bigg Boss 15: Abhijeet Bichukale misbehaves with Devoleena, has crossed all limits of obscenity in these seasons too 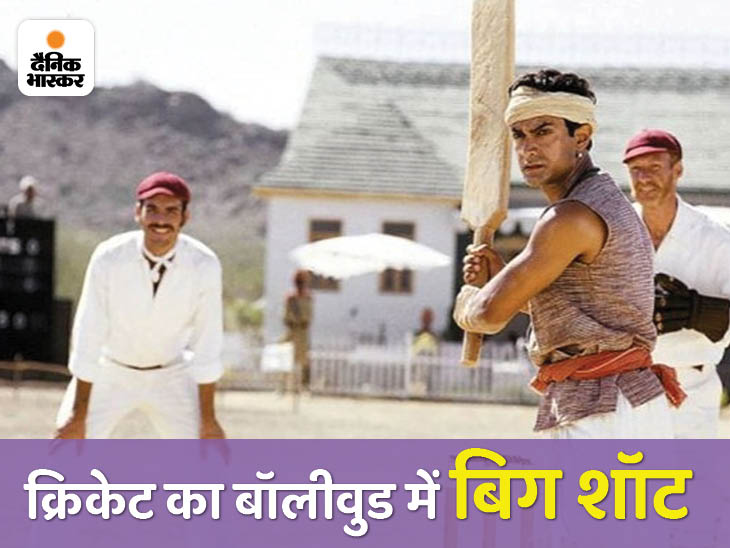 Bhaskar Research: 29 films made on cricket so far; There were three superhits and 3 hits in this, 4 more films will come this year. 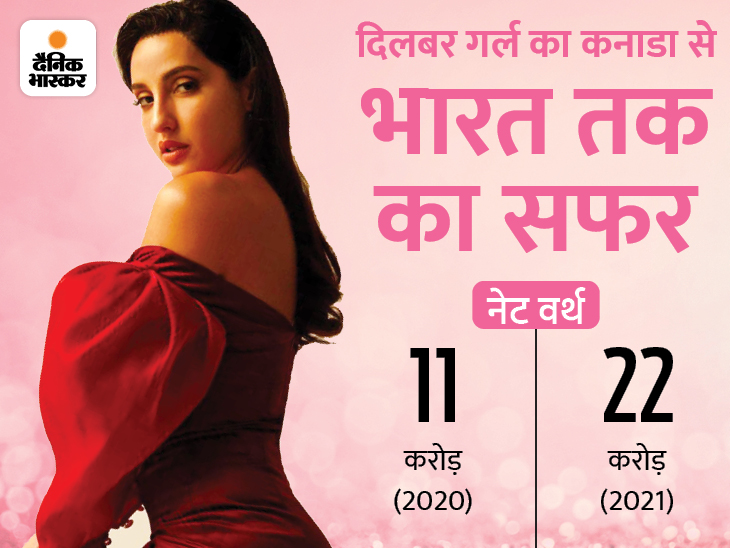 Nora’s film journey: Nora Fatehi’s net worth, who came to India with 5 thousand, today is 22 crores, doubled in one year