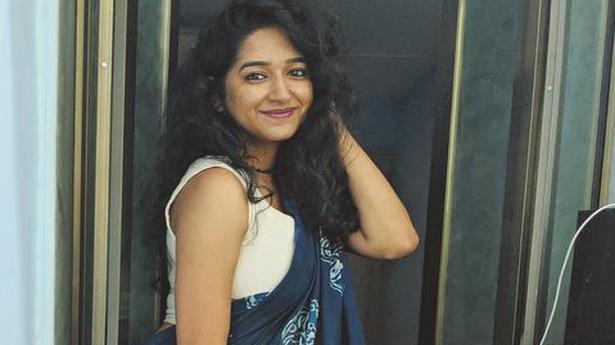 When danseuse Methil Devika filed for divorce, it created ripples in the media in Kerala. She had to tackle a storm of questions about what should have been a private matter between her and her husband, actor-turned-politician Mukesh, MLA of Kollam. The same voyeuristic interest was evident when Aamir Khan and Kiran Rao announced their divorce.

While celebrity break-ups are snapped up as breaking news even in the age of COVID-19 and other pressing matters, divorce is still spoken about in hushed voices in most of India. Until recently, most films portrayed women divorcees as vamps, home-breakers, and children of a lesser god.

For many women, divorce is a traumatic period when she is judged for walking out of a marriage, no matter how toxic it might be. Copywriter Shasvathi Siva experienced it when she was dealing with her divorce in 2019.

Shasvathi says she knew there were many women who wanted to discuss the issues leading to the divorce and its aftermath. “It is a period of turmoil, of feeling isolated, shamed, judged, of not knowing what the future would be like, being called names… It was not a question of being proud or happy about a break-up, but I did not like the narrative. I wanted to talk about it. It is the silence that creates the stigma around divorce.” She was asked why she was going around talking about her divorce. It was seen as shameful and not a positive subject to be talked about.

Determined to change the template for women going through a break-up or suffering silently in a bad marriage, she put up a few posts on divorce on her Instagram account. Surprised by the outpouring of messages she received from all over India, she began a support group on Instagram, #Divorce is normal.

“The response was amazing. Many were relieved to be part of a non-judgmental group of women who motivated each other and provided moral support. Almost all of them had to endure the tendency of relatives and, even parents, to blame and shame. I have been vocal and open about my divorce and my campaign that divorce is normal,” she says.

The group is open to divorcees, women in the midst of legal proceedings for a separation and women contemplating a divorce. “There are emotional and psychological issues when a person leaves a marriage. It is worse when children are involved. Distraught women have talked to me about myriad problems they face as single mothers and divorcees,” she says.

In 2020, Shasvathi decided to make a video to focus on the challenges a divorcee has to overcome to find her place as a single woman. She wanted to show that divorce is liberating and empowering for those trapped in unhappy marital situations. She turned to her friend Teesha Thomas, a freelance copywriter, to capture the gist of what she wanted to convey through the video.

“Shasvathi’s concept was to show that divorced women have a life and that they are better off for having broken away from bad marriages. She gave me a clear idea of what she wanted to be included in the video,” says Teesha from Thiruvalla.

Saying it through a video

Shasvathi auditioned women for the video. As it was done during the lockdown, direction, shooting and editing were not easy. Bruhadeesh Siva, Shasvati’s brother, edited the video, and ‘Divorce is Normal’ was released in November 2020 on Instagram.

“The 14 women in the video were enthusiastic about the project. They wanted it to help other women navigating a legal separation. The worst is when they have to face the ire of parents who try to persuade them to stay in the marriage,” says Shasvathi.

The women remind their parents that more than anything else, they want their parents’ support to begin anew after a divorce. Shasvathi says she was moved when a friend told her that she sent the video to her extended family to announce her breakup with her husband.

The support group handholds women dealing with myriad aspects of a divorce, right from what to do with the clothes one wore for the wedding, the albums, how to talk about a divorce and so on.

“Through my articles, online talks and discussions I want to spread the word that divorce is normal. A divorce ends the abuse but not your life,” she says.