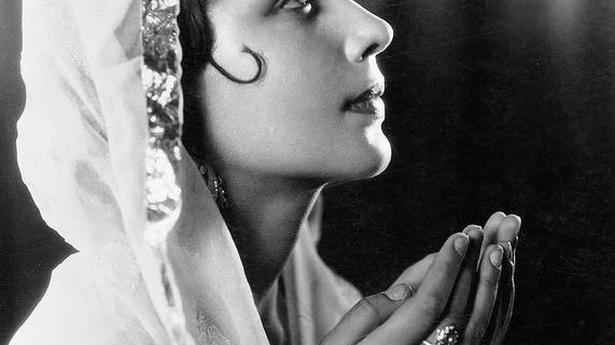 In a film industry that casually doles out adjectives like never before, it is not easy to imagine that much before Aruna Raje, Farha Khan and Kangana Ranaut arrived on the scene, there was a Devika Rani.

Known as ‘the first lady of the Indian screen’, Devika left an indelible mark on multiple aspects of filmmaking. In the new millennium, she often figures in the trivia question as the leading lady who smooched her actor-husband for the longest time on screen but her ‘audacity’ was much more profound and lasting.

As the face of Bombay Talkies and arguably the first international star to come out of India, she along with Himansu Rai, aligned the nuts and bolts of creativity in an emerging film industry and groomed the stars of the future.

The duo strived to bring sophistication and professionalism to what was called a lowly art till then. With films like Achchut Kanya and Jeevan Naiyya, they brought issues of untouchability and infertility in public domain.

Now, noted writer Kishwar Desai has painstakingly brought together the life and times of Devika in a book that is compelling and informative at the same time

Kishwar brings together her flair for fiction and devotion to facts to throw light on the dark corners of what seems a glamorous life from outside. She looks at the intimate details of Devika’s life, her romantic dalliances, her pursuit for perfection, her ability to handle big teams and massive egos, with sensitivity and care. What we get is wholesome picture of a woman who gradually got over insecurities and vulnerabilities and remained unfazed in the face of trenchant patriarchy in an industry that can’t do without women.

Published by Westland, The Longest Kiss unspools like a novel before taking the shape of a biography as Kishwar traces the trajectory of Devika’s life through the letters she wrote to Russian artist Svetoslav Roerich, whom she married after Himansu passed away. It lends the book a credible voice.

Much like the trolls of today, Devika received anonymous fan mails that chastised her for marrying a Russian painter after the demise of her husband, but Devika stood firm and refused to be faded by patriarchal pressures.

Reading the book, one gets a sense that Devika shared a passionate, yet spiritual relationship, with Roerich though Kishwar doesn’t delve much into it. However, the letters help lift the veil of secrecy that shrouded the early years of her enigmatic life. The domestic abuse that she faced at the hands of Himansu, her uncredited contribution to screenwriting in Karma, the film that put the duo on the map of world cinema, or for that matter the way she had to pawn her jewellery so that Himansu could put grandeur on celluloid, it is all knitted into the narrative.

The great-grand niece of Rabindranath Tagore did things that were not considered right for an Indian woman. She married a man who was 16 years older than her. She stood up when her marriage turned abusive. She eloped with her co-actor when she was in marriage and without seeking divorce, she confidently returned to Bombay Talkies.

After Himansu’s demise, she came out of his shadow effortlessly and fought the factions in the studio led by Shashadhar Mukherjee and his brother-in-law Ashok Kumar whom she groomed. She introduced Dilip Kumar to the world with Jwar Bhata, not to forget the likes of Hansa Wadekar and Leela Chitnis. She took charge of the studio and effectively controlled all departments of filmmaking. Her training in the UK and Germany in set design, makeup and costume design stood her in good stead.

Capturing Devika’s intrepid ways, Desai’s book gives us precious insights into the early days of the Bombay film industry. Despite the male domination of the industry, Devika could not be denied the first Dadasaheb Phalke Award, when it was instituted in 1969. 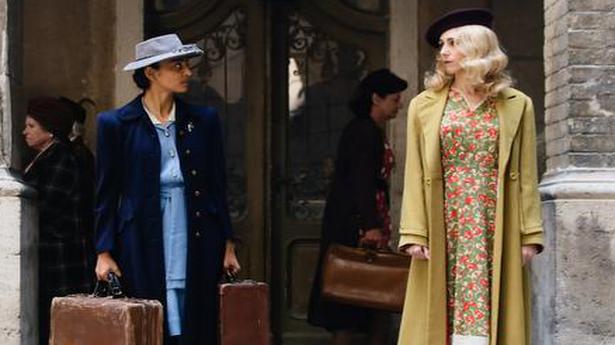