Speaking to reporters here, Mr. Lakshman Reddy said action was being taken against the production of ID liquor and over 50,000 cases were registered by the Special Enforcement Bureau against those involved in the ID liquor production, trade and illegal transportation of liquor.

“Nearly 61,000 persons involved in the ID liquor trade have been arrested, and 17,000 vehicles were seized by the SEB since April in the State,” Mr. Lakshman Reddy said.

The State government has closed 43,000 belt shops till date. In a meeting with district officials, Mr. Lakshman Reddy has reviewed the measures being taken to prevent ID liquor trade and production and functioning of de-addiction centres. East Godavari Collector D. Muralidhar Reddy and other officials were present. 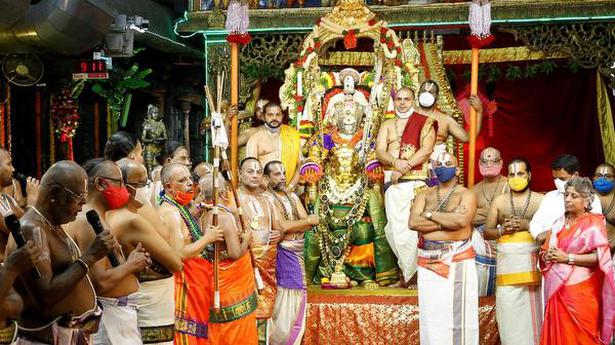 ‘Food Hero’ from Tenali gets featured in FAO documentary

Wife along with daughters attempt suicide after husband dies