In his Independence Day speech, Prime Minister Narendra Modi announced that the government will soon take a decision on the age of marriage of women. Earlier, a task force had been formed to consider raising the age of marriage from 18 years to 21. Madhu Mehra (Executive Director of Partners for Law in Development India, and co-founder of the National Coalition for Advocating for Adolescent Concerns) and Jayna Kothari (Executive Director of the Centre for Law and Policy Research and Senior Advocate at the Supreme Court) discuss the issue in a conversation moderated by Jagriti Chandra. Edited excerpts:

Do you agree with the move to increase the age of marriage for women to 21 years?

Madhu Mehra: It is important that girls are not pushed into marriage early; marriage should not be compulsory for them to gain social and economic status. Yet, an increase in the minimum age of marriage to 21 years will be counterproductive. Minimum age of marriage does not mean mandatory age. It only signifies that below that age there could be criminal prosecution under the child marriage law.

Now, to increase the age of marriage to 21 years would mean that girls will have no say in their personal matters until they are 21. In our research at Partners for Law in Development, we looked at 10 years of use of the child marriage law. Overwhelmingly, the law was used by parents against eloping daughters. It has become a tool for parental control and for punishment of boys or men whom girls choose as their husbands. So, most cases that are taken to court are self-arranged marriages. And only one-third of the cases relate to arranged marriages, which are sometimes brought by parents or husbands to dissolve or to nullify marriages that have broken down because of domestic violence, dowry or compatibility issues. So, nowhere is age an issue in people’s minds.

An increase in age to 21 years would mean further persecution of girls right up till 21 years. We’ve seen this in the Supreme Court and the Kerala High Court in the Hadiya case, where an adult woman’s decision to marry was challenged by her parents. This is how it plays out in the Indian context.

The elementary right that the child rights convention bestows upon minors — the right to be heard, the right for their views to be considered — will be denied to girls right up till 21, beyond adulthood.

How does the Prohibition of Child Marriage Act (PCMA), 2006, view underage marriages and how effective has it been on the ground?

A valuable provision in the PCMA is that it allows the minor party to repudiate the marriage or to have it nullified right up till two years of attaining majority. This allows girls who elope with their partners to demand that their marriages are protected. This right should never be taken away.

There is also a provision for injuncting an underage marriage from happening, which allows social workers flexibility in negotiating with the families involved and in getting the help of the district administration, child protection agencies, as well as the police. They usually do not use the law to formally prosecute as the repercussions at the village level are very severe for those who interfere. We saw this with Bhanwari Devi who was gang-raped for stopping a child marriage.

Also read | Activists against raising age of marriage for women

Even if the law declares a child marriage void, in the eyes of the community, arranged marriages will have social validity. There are huge financial penalties, which go into lakhs of rupees depending on which caste and biradri you come from, for breaking a marriage which the law does not address or provide protection against. So the legal force of the PCMA and its flexibility, rather than prosecutions, enable social workers to prevent marriages.

One argument for raising the age of marriage for women to 21 years is that it will make the marriage age equal for both men and women. Do you welcome that?

The Law Commission Report of 2008, on reforming family law, recommended a uniform age of marriage for boys and girls at 18 years and not 21. The National Human Rights Commission in 2018 recommended that there should be a uniform age of marriage for boys and girls. Laws such as the Indian Majority Act, 1875 grant the right to vote, and to enter into contracts, for those who attain the age of 18. And they are equal for men and women. Even the Supreme Court, in the Independent Thought case, when it looked at child marriage, said that it’s accepted universally that a child is someone who’s under the age of 18, and that should be the age of marriage. If we look at our international commitments, the CEDAW (Convention on the Elimination of all Forms of Discrimination Against Women) Committee also recommends 18 as the age of marriage. If we’re looking at law reform, we should not have these different ages for marriage.

At the current age of marriage for women and men, we find that implementation of the child marriage law is very hard. So there is no basis to increase it to 21. If the concern is that there should be fewer pregnancies or to avoid early pregnancies among young girls, there are different ways to address that.

Moreover, the unequal age of marriage impacts girls more adversely. Both girls and boys get two years’ time after their age of marriage to repudiate their underage marriage under the PCMA, 2006, which for a girl is only till she turns 20, but for a boy it is until he turns 23. At 19 or 20, a girl is at a fairly young age to have the capacity or the wherewithal to annul the marriage.

Do you agree with the principle of equality being applied here?

Madhu Mehra: How do we understand equality is my question. My proposition is to enhance gender equality. It’s only a theoretical discussion to revise the age of marriage because we don’t have evidence that tinkering with age will be beneficial in any way.

In India, we widely practise hypergamy, where the boy has to be older, more educated, must have a higher income, and so on. If we bring the age of marriage down to 18, it is possible then that the most desirable bride for that boy would be 15 or 16 years old. I would say let’s not touch the age of marriage because there is no evidence of particular harm in that regard.

As far as the issue of repudiation of marriage by girls is concerned, I believe it should be four years for girls and not two.

But if we are thinking about equality and non-discrimination, then another amendment is non-negotiable and of very high priority, that is the age of sexual consent. Currently, in elopement cases, boys are prosecuted for repeated rape of the minor wife, which is an aggravated offence punishable by a minimum of 20 years under the Protection of Children from Sexual Offences Act. In contrast, in an arranged marriage, in the rare case when parents are prosecuted, the maximum punishment is two years. This disparity replaces honour killings by the rule of law. This is heinous, and the age of consent must be brought down immediately. To bring in the law for consensual, non-exploitative, non-coercive relations between peers is a big flaw that needs to be corrected.

Jayna, the debate we’re having emerges from the Supreme Court judgment of 2017 which said that sexual intercourse with a child bride under 18 years would be considered rape. As a result, the government is considering amending the law to make child marriages illegal or void ab initio. Do you think this will help girls?

Karnataka has amended the PCMA to make marriages void ab initio. What has been the impact of this in the State?

Jayna Kothari: This amendment was brought about in 2017 based on the recommendations of a committee under Justice Shivraj Patil. There hasn’t been much impact because the Karnataka government has not advertised this amendment to create any awareness. Even the child marriage prohibition officers are not trained.

Madhu, what do you think is an effective way of tackling underage marriage?

Madhu Mehra: An issue like child marriage is a social issue, an economic issue. While there is the Right to Education Act, 2009, the quality of education is poor and doesn’t show a way out of inter-generational poverty. Poor families don’t see any value in continuing education. Second, a lot of parents are interested in private education because it is better, but they can’t afford it. Third, poor families thrive on domestic work and a girl often gets pulled out of school to help at home. So, this myth that girls leave education because of marriage is not borne out by data. We must ensure an increase in the scope of the Right to Education for girls right up to vocational studies.

I would say that to introduce criminal law and punishment and to declare child marriage void is like saying hunger is a human rights problem and the way to address hunger is by criminalising those who have less food or eat one meal.

As far as the Karnataka situation is concerned, one social worker shared with us a case of a minor who was widowed. When she sought to claim the pension of the deceased husband, she was told that her marriage is not valid. We can say that they have the right to maintenance, but that is of no succour to a person who’s continuing to be within that marriage but has no matrimonial rights, no right to inheritance, no right to stay in her marital home, and the man would face no legal consequences if he married again. The woman’s life doesn’t change merely by saying the marriage is void. She just becomes a de facto wife without any legal protection.

Many social workers did not agree with the recommendations of the Justice Shivraj Patil Committee as they thought those made their life more difficult. How do they help girls who have no recognition in the eyes of the law? 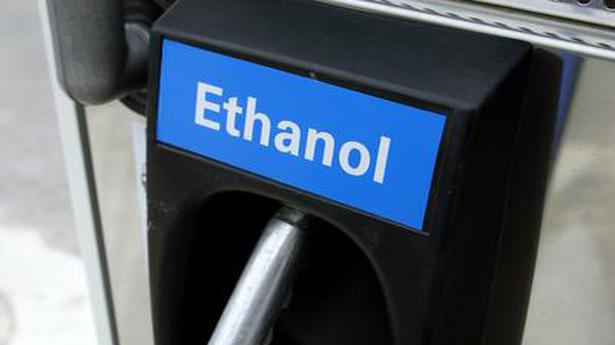 What is Ethanol-blended petrol? Should we be concerned? 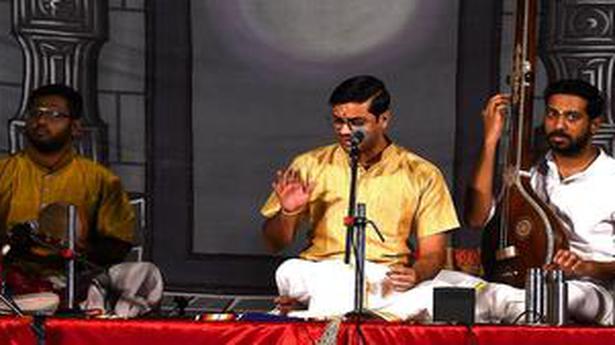