Leader of the Opposition and former Chief Minister Siddaramaiah has reiterated that there will be a change in leadership in the State government. However, this time he said the change would be effected after the Bihar election results.

Speaking to presspersons during his visit to Shivamogga on Sunday, Mr. Siddaramaiah said he had information that two or three factions within the BJP had been making efforts to bring about a change in leadership for the past six months. The allegations of corruption against the BJP government could be one of the reasons behind this, he said.

To a query, he said he was confident of the Congress winning Sira and R.R. Nagar seats. “I have travelled to both constituencies. The people are in favour of the Congress,” he said.

On the issue of bringing about a law to stop religious conversions, Mr. Siddaramaiah said the choice of religion was the right of every individual. “Others have no right to interfere,” he said.

Meanwhile, Chief Minister B.S. Yediyurappa again expressed confidence that the BJP would win in both Sira and R.R. Nagar. “The results of the byelections will show that people are with the BJP, despite criticism from the Opposition parties,” he said.

Furthermore, the Chief Minister said he had instructed officials to provide relief to the people displaced because of the Sharavathi Valley project, implemented in the 1950s. “For many years, the affected people have been waiting for proper relief. A meeting with officers and elected representatives was held in Bengaluru. I have told the officers to provide relief to the affected people soon,” he said.

JD(S) hits back at Siddaramaiah over ‘opportunist party’ comment 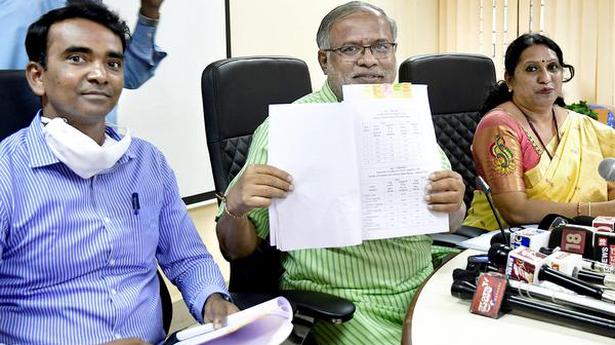