Former Chief Minister and Leader of the Opposition in the Legislative Assembly Siddaramaiah has extended his support to the environmentalists of Shivamogga who are fighting against acacia plantations in the district. He has written to Chief Minister B.S. Yediyurappa urging him to return the forest land, earlier leased to Mysore Paper Mills (MPM) to grow acacia plantations, to the Forest Department.

The leaders of the forum fighting against acacia plantations in Shivamogga had met Mr. Siddaramaiah during his recent visit to Shivamogga and appealed to him to support their cause.

In the letter written on Friday, Mr. Siddaramaiah said people of Malnad have opposed the State government’s proposal to hand over 20,000 ha of forest land to private people. Earlier, the government had given the land to MPM to grow captive plantations, necessary for raw material. The lease period had also expired. “The MPM has also stopped functioning. Now the State government should return the land to the Forest Department and allow natural forest. Any move to hand over the forest land to private people is unacceptable,” he said.

If a person, he said, cuts a tree in the forest, the department would register a case against him. Similarly, handing over 20,000 ha of the forest to private people would be a serious offence. Growing acacia in the forest would affect the biodiversity of the region as well, he said. 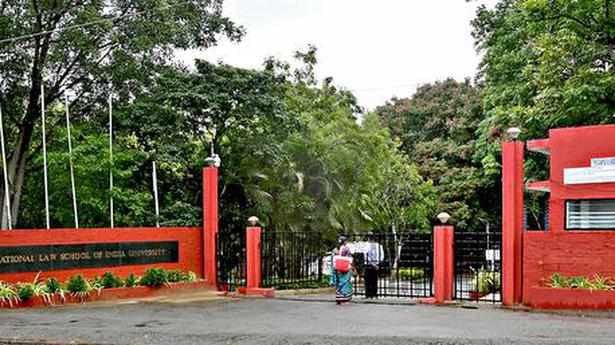 NLSIU to conduct its own entrance test