Participating in various programmes, including the 2K Run held in the town and laying foundation stone for laying Mission Bhagiratha pipeline in 22nd ward, Mr. Rao said that arrangements are taking place for the tournament, in which players from 28 States would be participating.

Referring to the Necklace Road, the Minister said that it would be completed in three phases with walking, jogging and cycling tracks. The first phase works are already completed. Informing that non-polluting industries like DXN are being established in Siddipet — in addition to IT industries, the Minister urged people to participate in Swachh Survekshan programme and provide their feed back so that Siddipet can get national recognition.

In addition to the first ring road, we are establishing second ring road at a cost of ₹130 crore. Ranganaiksagar will be developed with ₹100 crore, he said. A three-star hotel with ₹20 crore and IT Park with ₹42 crore will come up in the district headquarters,” said Mr. Harish Rao. 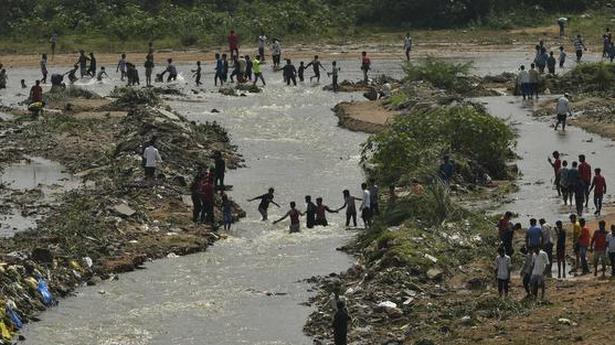