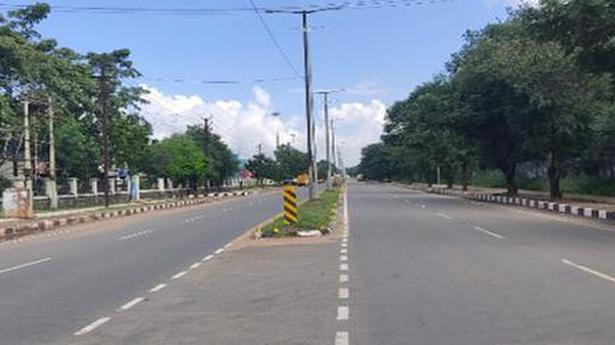 
The SIPCOT estate at Irungattukottai stands out in the State for its success in nurturing a model industrial township.

SIMA, which was founded in 2010, has as its members Hyundai Motor, Schwing Stetter, JKM Automotive and Asahi India Glass.

The cluster has, within a decade, evolved into a model township consisting of well laid-out roads lined with avenue trees and pavements, electricity distributed through underground power lines, a concrete-paved truck terminal to de-congest the service roads of the industrial township, LED street lights, and a police security booth at the entrance.

Industrialist and SIMA president S. Thyagarajan said civic infrastructure had been developed in cooperation with the SIPCOT with members contributing 50% of the cost.

Thanking the State government and SIPCOT for reducing the lease rental from ₹7 to ₹2 per square feet, and helping increase the built-up coverage to 75% from 50%, Mr. Thyagarajan wanted SIPCOT to change the land holding rights to freehold from leasehold. States such as Karnataka and Gujarat had been handing over industrial lands in a free-hold concept, while Tamil Nadu still followed the leasehold system. Mr. Thyagarajan said representations had been made to SIPCOT and to Industries Minister M.C. Sampath.

B. Prabhu, president of SIMA, said the industrial estate, with the cooperation of SIPCOT, had opened a skill enhancement centre, giving heavy machine training to students, vocational classes such as tailoring and basic computer education and offering free consultancy services to industries to help them comply with labour and legal issues.

About changing the leasehold to free-hold rights of land, a senior official of SIPCOT said the leasehold aspect had been enshrined in the policy of SIPCOT and the board had rejected the demand.

Amid concerns, Donald Trump may campaign on October 10