Members of the Singareni Coal Mines Karmika Sangh, which is affiliated to ABKMS-BMS, staged a dharna under the banner ‘Save Singareni’ in Kothagudem on Wednesday.

The demonstrators displayed placards demanding immediate resolution of the long pending demands of Singareni Collieries Company Limited (SCCL) workers including the contract labourers in the SCCL, jointly owned by the government of Telangana and the government of India on a 51:49 equity basis.

Addressing the dharna, the BMS coal industry wing in-charge and senior trade union leader K. Lakshma Reddy demanded that a high-level probe be ordered into the alleged irregularities in utilisation of the District Mineral Foundation Trust (DMFT), CSR and other funds in the SCCL in the past six years.

“A Special Investigation Team (SIT) comprising a Supreme Court Judge, senior officials of the CBI, Income Tax and Enforcement Directorate be formed to probe the alleged large-scale financial irregularities in the company,” he said. The Singareni Coal Mines Karmika Sangh organising secretary T Narendra Babu and others addressed the demonstration. 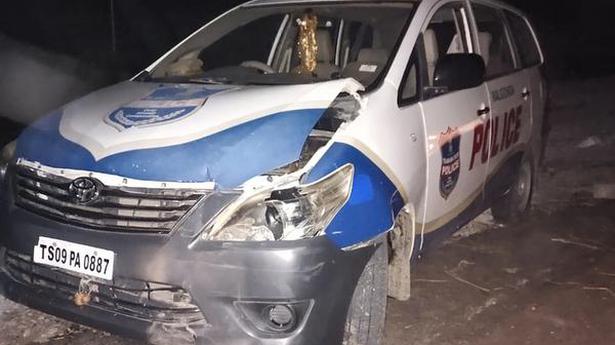