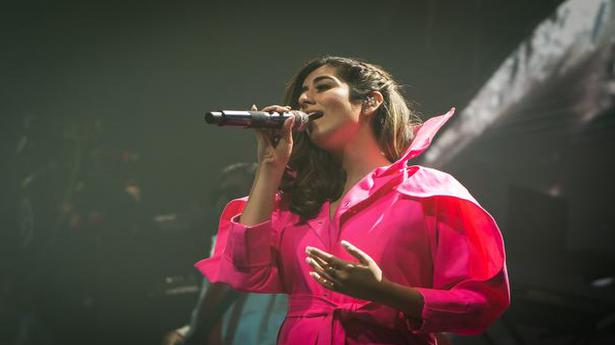 Madras of the ‘90s has an inexplicable personality: be it Walkman sessions with friends at Music World in Spencers’ mall or the sprawling Marina beach bajji counters, it encapsulates the warmth of simpler times. ‘Pudhidhai’, from the Darbuka Siva-directorial Mudhal Nee Mudivum Nee, is a happy pill for the locked-down souls of today: and while a lot of the credit goes to its picturisation, singer Jonita Gandhi’s lilting, care-free tones only add to the nostalgia. “I recorded this song long back. When [Darbuka] Siva told me that the song was releasing, I was very embarrassed…because I had to ask him to send the song again, as I had forgotten,” laughs Jonita, over a call from Mumbai.

This is the second time she is collaborating with Darbuka after doling out the hit number ‘Thirudathe Thirudathe’ in Dhanush-starrer Ennai Nokki Paayum Thotta. Though she admits that she does not remember much from the ‘Pudhidhaai’ session, she says, “I was given the vibe that it needs to be a little retro and happy. It is almost like candypop (genre) in India; almost making one feel youthful. Especially towards the end of the song, he wanted a lot of the parts to sound ‘freeing’.”

Now, the Mumbai-based singer, who hails from Canada, is a household name in the Tamil music industry, thanks to many recent hits like ‘Chellama’ from Doctor and ‘Hey Amigo’ from Kaappan. Tamil, not being her first language, does not worry her in the least. She meticulously takes down notes. “It is a little bit of a trial and error process. I write the song down [in English] in my own way and listen to the melody,” says Jonita.

The singer, who returned to Mumbai recently after spending three months with family in Toronto during the intermittent lockdowns, has been quite busy. In fact, she had just wrapped up shooting for StarPlus’ music reality show Taare Zameen Par. But, like with many independent musicians who have been putting songwriting and “music for themselves” in the backburner like herself, the pandemic-led slowdown was a “blessing in disguise”.

“I ended up staying home for about three months, which I would never have done otherwise. It was also the time for me to realign my priorities and take a step back. What happens in this industry, especially is, we end up kind of going with the flow and we don’t often step back and think if this is really what we want to do. Across all industries, people had that time to introspect,” says the singer, who returned to songwriting and actively collaborated with other musicians virtually. “I haven’t really completed a lot of things I started,” she says, laughing.

As far as her home studio goes, Jonita already had a lot of equipment that needed to be set up. “This lockdown really pushed me to set it up. I can’t believe how many things I have recorded in this studio. It is really crazy to think that songs were recorded, right next to my bedroom; I have to be my own engineer!” This process of being able to multitask without much help is empowering, says the singer. Even ‘Chellama’, the peppy, popular hit, was recorded at home, Toronto. At her Mumbai home, one of the songs she recorded was ‘Top Tucker’ with rapper Badshah, featuring Rashmika Mandanna which is scheduled to be out soon. ‘Mai Ni Meriye’, a single, was another. “Here, I feel like I am faster when I am recording myself. You also have a lot more control and can redo at your pace. I don’t want to go back [to the studio]!” she laughs.

One dead, three injured in fire at Kayalott house 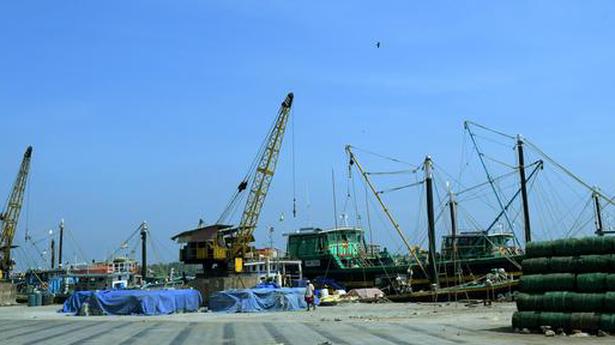