Sakleshpur police have arrested six people, allegedly involved in vehicle thefts, and recovered 20 vehicles worth over ₹ 44lakh from them.

In a press release issued in Hassan on Tuesday, Superintendent of Police R. Srinivasa Gowda said a special team of officers was constituted to probe into vehicle thefts reported in Sakleshpur circle. There were many instances of vehicle theft since 2018 in the taluk.

The officers took two people, who were driving a car without number plate, into custody on January 31 near Ballupete.. They were Moidu Kunni, 38 and Mohammed Rafeek, 30 of Hunsur in Mysuru district. The arrested allegedly stole cars parked in Puttur, Hassan, Holenarsipur and Kukke Subrahmanya. Upon enquiry, the police found out involvement of four more in the crime.

The police arrested Afroz Khan, 36, of K.R. Nagar, and Khadar Sharief, 46, Syed Ajmal, 39, and Mohammed Mubarak, 51, all of H.D.Kote taluk. This gang used to replace the registration number and the chassis of the stolen vehicles with those of the vehicles at scrap shops. Later, they would create documents and sell them.

The police recovered 20 four-wheelers from the accused.

‘Banks have done well despite the pandemic situation’ 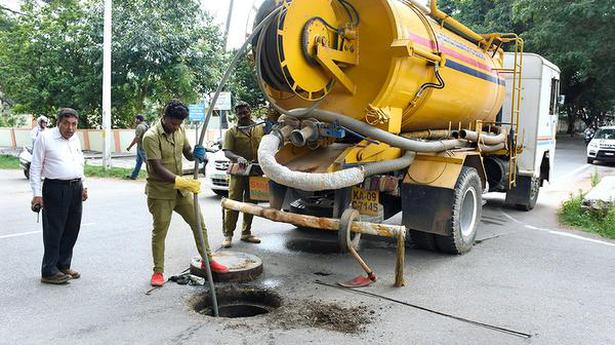