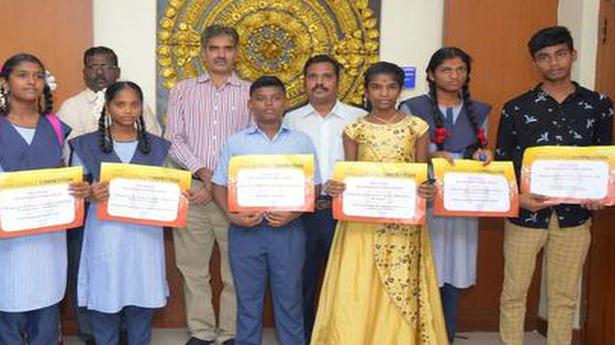 These prize-winning entries were among the 12 project proposals that were shortlisted from the 42 submissions for the 14th edition of the International Edition of the Faites de la science competition, conducted by the State Training Centre, Department of School Education, Department of Science, Technology and Environment and the Pondicherry Science Forum (PSF).

All 12 proposals benefited from the seed money of about ₹3,000 each provided by the French University to develop their ideas into proper scientific projects under the guidance of their teachers.

“This is the first time that instead of the choosing the top two winners for the cash award and a student jury prize, the event hosts decided to award a special prize for the six entrants,” said D. Aravindraja, coordinator of the Make Science International Competition 2020–2021.

The event is open to students of classes VIII, IX and XI. Each school team can have a maximum of five members. According to the practice, the University of Paris awarded a first prize of about ₹18,000 and second prizes of about ₹6,000 each along with a special student jury prize (where students in Paris choose a project).

The noteworthy ideas ranged from analysis of tree debris, H5P (open source) interactive content creation, conversion of vegetable waste into organic soil for potted plants, air pollution efficacy of roadside plants as dust-filters and study of natural additives in recycled paper for use as pest repellents in households.

P.T. Rudra Goud, Director of School Education recently felicitated the students for the prize-winning projects in the presence of P. Punitha from the State Training Centre. 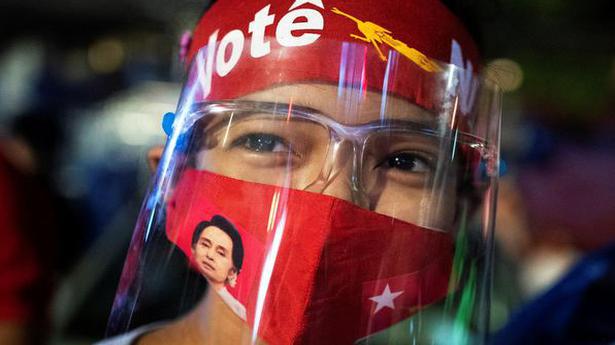 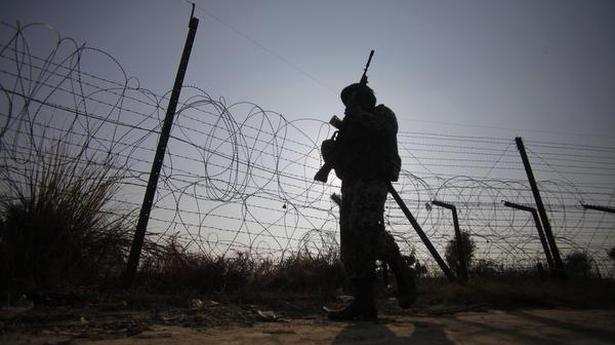 BSF opens fire on Pakistan drones along IB in Jammu