National
February 17, 2021 Divya Bharat 0 Comments Some places in Tamil Nadu likely to get light to moderate rains from February 19

Officials of the Meteorological Department said that a westerly trough in the middle level of atmosphere and its interaction with the easterly winds in the lower level is likely to trigger rainfall particularly from February 20.

After a long dry spell, some places in Tamil Nadu and Puducherry are likely to receive light to moderate rains for three days from Friday, according to the Meteorological Department.

The State experienced dry weather on Wednesday too with none of the weather stations reporting any rainfall. However, the weather trend is likely to change for a few days from Friday.

Officials of the Meteorological Department said that a westerly trough in the middle level of atmosphere and its interaction with the easterly winds in the lower level is likely to trigger rainfall particularly from February 20. Wet weather may bring down the possibility of fog and mist particularly in interior places.

S. Balachandran, Deputy Director General of Meteorology, Chennai, said light rains may initially start in coastal parts on Friday and move to interior places. Few places in the State and Puducherry are likely to get thunderstorms during the weekend.

“The State may not get heavy rains during this time of the year. But there are possibilities of rains in February as well,” he said.

Chennai too may have its share of wet spell. February and March are the least rainy months in the year for Chennai and the city receives only an average of 3.4 mm of rains in February.

On Wednesday, the city recorded a maximum temperature of 30.5 degree Celsius, which is one degree Celsius less than average. Dry weather may return next week, officials noted.

As part of its efforts to make its website, www.imdchennai.gov.in more user friendly, the meteorological department has introduced a new feature wherein users may scan QR code on the home page to get a detailed forecast for the State. This would help people to download and read detailed information on the forecast from their mobile phones, officials noted.

There are also plans to introduce a weather update portal for citizens participation in Tamil as well soon to encourage people to post on weather events in their region. 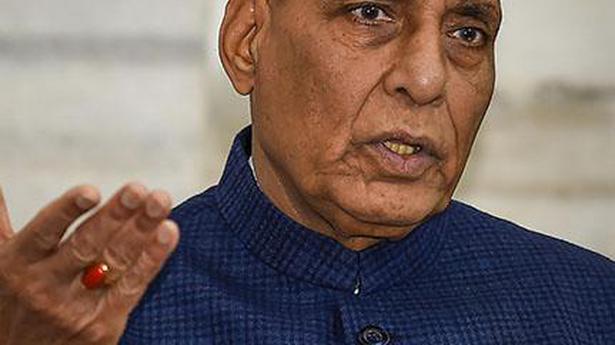