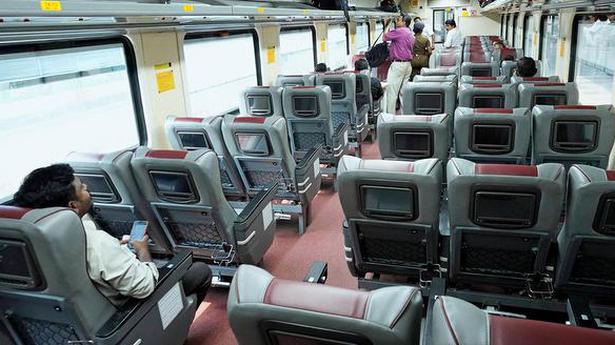 Mr. Venkatesan had objected to cancellation of the train claiming that unaffordable high fares and the pandemic situation were the major reasons for the lower patronage.

A railway official here said that re-introduction of the train after lifting the lockdown saw poor patronage. “Though the passenger patronage increased from 15% during the initial days to 25% to 30%, the maximum occupation of seats was only 40% during weekends and holidays,” he added.

Officials in Madurai division too had asked for running the train expecting higher patronage for the Pongal festival. On continuing the operation of Tejas Special train, the official said that it depended on the patronage.

Meanwhile, the timing of Chennai Egmore-Madurai express is said to be a major reason for the poor patronage.

“The train leaves Egmore at 6 a.m. With no stoppage at Tambaram, passengers find it difficult to reach the station on time for the train,” said Dakshin Railway Employees’ Union divisional secretary, R. Sankaranarayanan. Stoppage at Tamabaram will also help passengers going to Chennai Airport.

Similarly, meeting the long-pending demand for shifting the stoppage from Kodaikanal Road to Dindigul railway station is also expected to bring more patronage.