The State may get widespread rainfall on August 7 with several districts likely to receive isolated heavy rainfall, a weather forecast indicated.

According to a 10 a.m. update, all 14 districts can expect light to moderate rainfall from August 7 till August 11.

Fishermen have been advised to stay away from the southwest, west-central and northern parts of the Arabian Sea till August 10 given the likelihood of strong winds which may gust up to 70 kmph.

The Indian National Centre for Ocean Information Services (INCOIS) has issued a high-wave alert (in the range of 2.5 to 3.3 m) for the Kerala coast between Vizhinjam and Kasaragod which is valid up to August 8 night.

Kerala has recorded a 28% deficit in southwest monsoon rainfall this season till August 6. Only three — Ernakulam, Kottayam and Pathanamthitta — of the 14 districts have recorded normal rainfall for the period under IMD criteria. 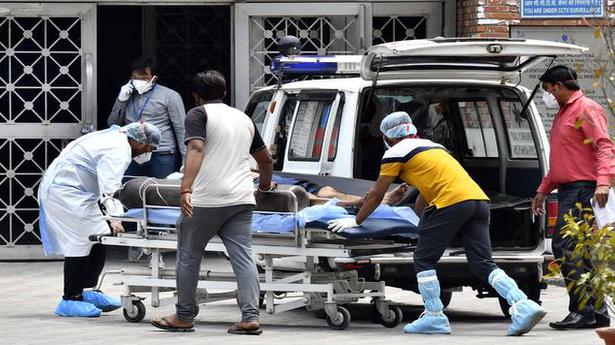