The A.P. Samagra Abhivruddi Vedika has expressed the view that there is no need for privatisation of Visakhapatnam Steel Plant (VSP).

At a roundtable meeting here on Wednesday, representatives of the group participated suggested ways to put VSP back on the road to profits.

Former CBI Joint Director V.V. Lakshminarayana gave a detailed presentation on strengthening of VSP through short, medium and long-term plans. He advocated greater cooperation between public sector companies like NMDC, SAIL, and APMDC for integrated development. He recalled that Dastur and Co. had suggested allocation of captive mines for VSP long back.

He said that lack of mines and purchase of raw material in the international market at high prices was causing undue financial burden on VSP. He recalled that when VSP was on the verge of being referred to BIFR, it was given equity and now a similar gesture was required.

Mr. Lakshminarayana felt that the Chief Minister should convene a special meeting of the Assembly and adopt a resolution against the privatisation of VSP. He should lead a delegation to Delhi and explain the sentiments of the people on VSP.

Vedika organiser Velagapudi Gopalakrishna, who presided over the meeting, called for a united struggle by all political parties on the issue. 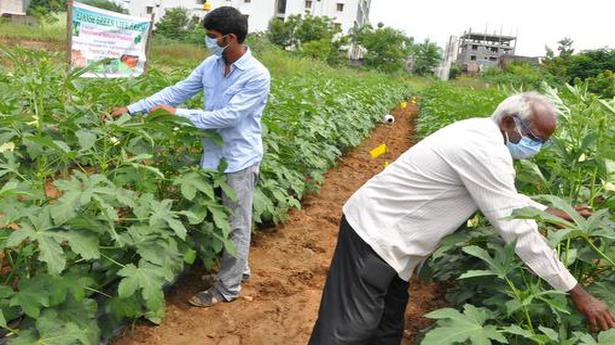 Natural farming with an urban flavour