Steps will be taken for holding the byelections to Kuttanad and Chavara Assembly constituencies in line with the special guidelines issued for conducting elections during the COVID-19 pandemic, Chief Electoral Officer (CEO) Teeka Ram Meena said on Friday.

The Election Commission of India (EC) has overruled the recommendation by Mr. Meena and the State government that the bypolls may be avoided given the worsened COVID-19 situation in Kerala and the fact that the Assembly elections are anyway due early next year.

On Friday, the Commission had announced that the Bihar Assembly election would be conducted before November 29. Sixty-five byelections also will be held ‘around the same time,’ the EC said. Dates have not been announced. Mr. Meena, who contacted the Commission, was informed that no State has been exempted from the elections.

The bypoll to the Kuttanad seat has been necessitated by the death of NCP MLA and former Minister Thomas Chandy in December 2019. Chavara MLA, N. Vijayan Pillai had passed away in March this year, necessitating a byelection in Chavara.

Mr. Meena also clarified that no confusion surrounds the voter’s list of the Election Commission which will be used for the bypolls.

The Election Commission had released the ‘Broad Guidelines for Conduct of General Elections/By-Elections During COVID-19’ on August 21.

The guidelines require voters to wear face masks and maintain proper physical distance. Provision for thermal screening, sanitiser and soap and water will be made at the polling booths. The nomination process can be carried out online. Only two individuals can accompany the candidate for the physical filing of nomination papers.

Voters should be provided hand gloves for signing the voter’s list and pressing the button on the Electronic Voting Machine (EVM). There will be three separate queues for male and female voters and people with disabilities/senior citizens.

COVID-19 patients will be allowed to cast their vote during the last hour of polling at their respective polling stations under the supervision of health authorities.

Additional arrangements necessitated by the pandemic is expected to trigger an increase in election expenses. According to Mr. Meena, a bypoll to a single Assembly constituency normally costs around ₹4 crore to ₹5 crore. This would go up given the need for making special arrangements to ensure a safe election process. 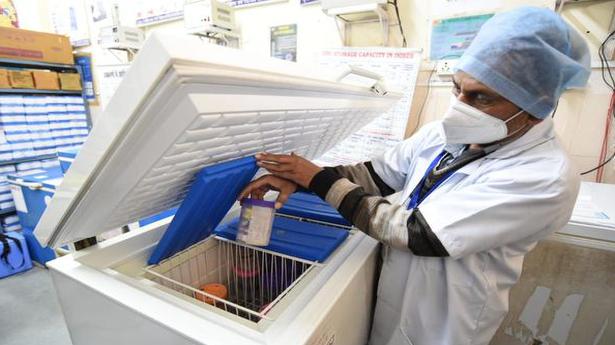