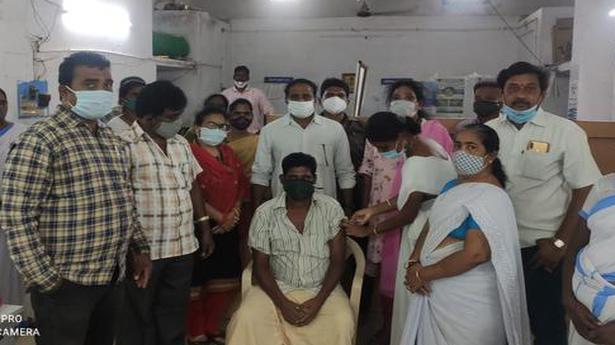 
The COVID vaccination drive is in full swing in Chittoor district, having completed a record 3 lakh doses from Friday till Sunday. The special drive is scheduled to cover both the first and second doses, besides those above 18 years.

District Collector M. Hari Narayanan said that a record 1.88 lakh doses were administered on Sunday alone. He said the special drive would be a continuing process. “A total 31.63 lakh doses have been administered in the district so far, which include 22 lakh first doses and 10.06 lakh second doses. The special drive will also focus on those above 18 years,” the Collector said.

Mr. Hari Narayanan said that a fresh batch of 2.03 lakh vaccines had arrived in the district, and it would be used for both first and second doses. “During the last few weeks, the COVID vaccination drive is going on briskly with concerted efforts of revenue, medical and health departments. In many areas, the vaccination drive is seen continuing even beyond late evening,” the official said.

Meanwhile, for the first time in two months, the daily tally of COVID cases came down to 101 in Chittoor district on Monday. However, senior medical officials said the lowest number of cases was due less number of people visiting the testing centers due to the Vinayaka Chaviti celebrations followed by Sunday.

“The latest week continued show cases close to 300 daily till Saturday last. We can gauge the situation and the threat perception of the third wave next week in the backdrop of considerable public gatherings in recent days,” an official said. 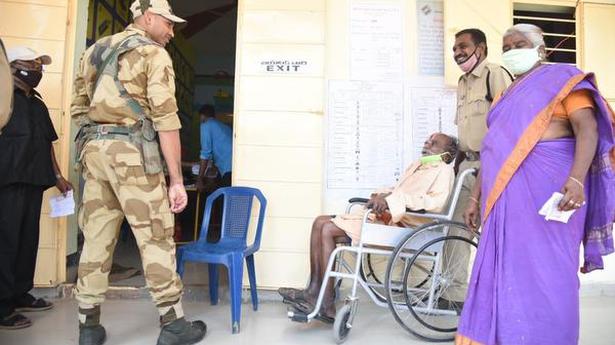