The Social Welfare Department, which receives the largest share in the budgetary allocation, has not seen expenditure of even 50% of the allocated sum in the first nine months of the financial year 2020-21. The expenditure on Scheduled Castes and Scheduled Tribes welfare, by various departments routed through Social Welfare, has been 47.5% so far.

A senior official, who attended a review meeting by Social Welfare Minister B. Sriramulu last week, said the Minister had been upset with the “poor expenditure” even as the fiscal year was coming to an end. About 70% of the expenditure is completed by December, and COVID-19 impacted this, the official said. The Minister was upset with officials when they pointed out certain expenditure have been shown as made under the “deemed expenditure”. He said he would not approve such expenditure.

No funds to four corporations

In the last quarter of this financial year, the Finance Department has not release funds to four development corporations under the Social Welfare Department despite ₹148 crore allocation made to them. 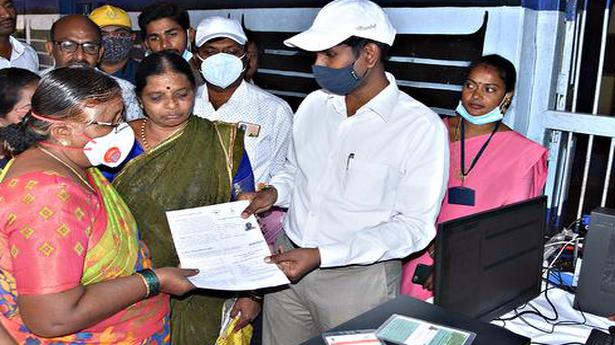