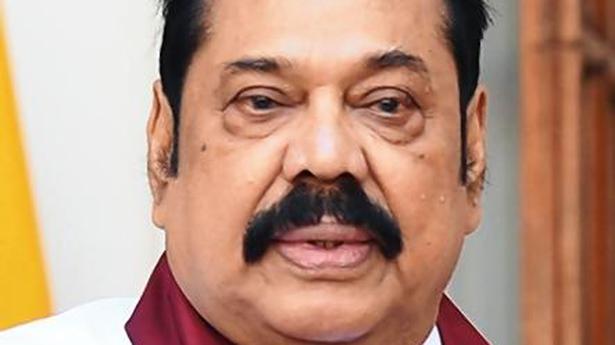 Answering the Opposition’s query in Parliament on Thursday on the deal, Ports Minister Rohitha Abeygunawardena said a Cabinet sub-committee appointed to examine the deal had proposed new terms.

Sri Lanka has said it scrapped the trilateral deal with India and Japan to develop the Colombo Port’s Eastern Container Terminal (ECT) as the Indian firm involved in the project refused to agree to its new terms.

Prime Minister Mahinda Rajapaksa’s office on February 1 said that his government has decided to run the Colombo Port’s Eastern Container Terminal (ECT) as a fully-owned operation of the State-run ports authority.

Answering the Opposition’s query in Parliament on Thursday on the deal, Ports Minister Rohitha Abeygunawardena said a Cabinet sub-committee appointed to examine the deal had proposed new terms.

“We entered talks from a favourable position to us, then that company refused to go ahead with our conditions,” Abeygunawardena told Parliament, adding that the Indian company’s refusal forced Sri Lanka to scrap the deal.

India, Japan and Sri Lanka had inked an agreement in 2019 on development of the terminal project.

“The governments of India, Sri Lanka and Japan had signed a memorandum of cooperation in May 2019 to develop and operate the East Container Terminal of Colombo Port in a trilateral framework,” Ministry of External Affairs spokesperson Anurag Srivastava said at a media briefing in New Delhi on February 4, three days after Colombo cancelled the deal.

“We sincerely believe that the development of infrastructure in Sri Lanka, in areas such as ports and energy, with foreign investment from India and Japan will be a mutually beneficial proposition,” he said.

Mr. Srivastava said the Indian High Commissioner in Colombo was in talks with the Lankan government on the issue.

On Friday, India said its interest to participate in the Colombo port project is a long standing one as most of the goods handled at the facility are from and to India.

“We had, in principle, agreement from the Sri Lankan government in this regard,” Srivastava said in New Delhi, evading a reply to a question whether Sri Lanka offered India a project to develop the western container terminal project in Colombo port instead of the ECT.

Mr. Srivastava further said: “Current government has, however, expressed a preference in engaging investors directly. I understand discussions are still underway.” The State-owned Sri Lanka Ports Authority (SLPA) signed a memorandum of cooperation in May 2019 with India and Japan to develop the ECT during the previous Sirisena government.

The Colombo port trade unions opposed the proposal of investors from India and Japan buying 49% stake in the ETC. They demanded the ECT to remain 100% owned by the SLPA as opposed to the 51%.

They claimed that the proposed deal with India’s Adani Group was a sell-out of the ECT.

President Gotabaya Rajapaksa had declared that he wanted the India-Japan deal on the ECT to go ahead.

However, after a week of protest, Prime Minister Mahinda Rajapaksa agreed to scrap the deal, prompting India to demand Sri Lanka to abide by its commitment to the trilateral deal with it and Japan.

Japan has also conveyed its unhappiness with the Sri Lankan government. 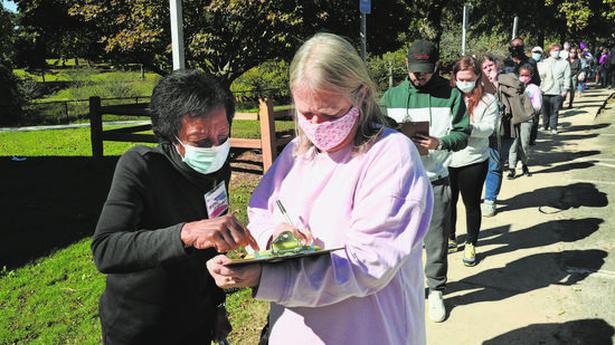 US Presidential Elections 2020 | Trends and results