Fishermen association leader S.R. Sesu Raja said the nine fishermen would be allowed to travel back to India soon; their boat however has been taken by the Lankan government

Nine fishermen from Rameswaram, who were detained by the Sri Lankan Navy on charges of violating the International Maritime Boundary Line (IMBL) on January 9, were released by a Sri Lankan court on Monday, February 8, fishermen association leader S. R. Sesu Raja said on Tuesday.

Speaking to reporters, he said that nine fishermen from the coastal hamlet had ventured into the sea after obtaining a token from the Fisheries Department. The fishermen included Kirubai (37), Valan Koushik (24), Micheyas (30), Kingston (28), Nijohn (30) and Mari (45). However, they were caught by the Sri Lankan Navy personnel, along with their mechanised boat.

After repeated pleas that they had not crossed the IMBL, the authorities in the island nation produced them before a court and sent them to judicial custody. During the hearing, which came up on Monday, the judge ordered the release of the nine fishermen. However, the court had directed their boat to be handed over to the Sri Lankan government.

In a day or two, the nine fishermen would be allowed to travel either by sea or by air back to India, according to Mr. Sesu Raja. He appealed to the Central and State governments to also get the boat also released from the Sri Lankan government. In the event of non-release, the Indian government should compensate the fishermen soon, he said. 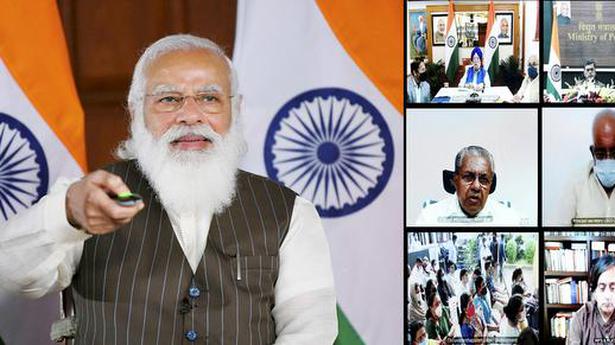