Most of the refugees are called ‘illegal migrants’ for having entered India without valid documents. As of now, they can only opt for long-term visa

Subashini, a young woman Sri Lankan Tamil refugee of the Mandapam camp near Rameswaram, comes out of the premises in a hurry, only to tell this writer that “please convey our appreciation to the Chief Minister [M.K. Stalin] for a well-conceived package”. Another inmate of the camp, Nagalakshmi, who is in her 60s, also commends Mr. Stalin for changing the nomenclature of the camps — from refugees’ camps to rehabilitation camps. “Of course, it is symbolic but it carries a lot of meaning for us,” she says.

These sentiments are not unique to Mandapam. A similar opinion prevails among the inmates of the Gummidipoondi and Puzhal camps in the northern districts of Tamil Nadu or those of the camps at Kottapattu in Tiruchi district and Palavathanur in Salem. The latest development has rekindled a debate among them and activists alike on the prospects of legalising their stay, if not acquiring Indian citizenship.

K. Dharmalingam, an inmate of the Puzhal camp for nearly 25 years, is not sure whether seven of his grandchildren, all born here, will get Indian citizenship. He and many of his fellow residents are wondering why Indian citizenship is not granted to the children despite their having been born in the country and given a host of concessions, though many Western countries give citizenship to scores of refugees.

On paper, Dharmalingams or Nagalakshmis, even if they are Sri Lankan citizens, can acquire Indian citizenship through two options — registration or naturalisation after fulfilling the eligibility criteria laid down in the Citizenship Act, 1955. But most of the refugees do not qualify for Indian citizenship as they are called “illegal migrants” for having entered the country without valid documents. The extraordinary conditions in which they had reached Danushkodi, the entry point for the refugees till the end of the civil war in 2009, and their entry having been recorded by a team of officials do not seem to stand administrative scrutiny. Also, a 1983 communication from the Centre to the State government on the “ineligibility” of the refugees for citizenship has been too important a document to be ignored.

In June 2019, a forceful order by Justice G.R. Swaminathan of the Madras High Court in support of the demand for citizenship by 65 persons, all inmates of the Kottapattu camp, did not impress the Centre, which has filed an appeal before the Madurai Bench. The Centre’s stand was that even if the petitioners fulfilled all the eligibility criteria, “they cannot demand citizenship as a matter of right”. Even the single judge had conceded that “citizenship falls within the exclusive executive domain” of the Central government.

Senior officials of the Rehabilitation Department feel that once the advisory committee, the formation of which was announced by Mr. Stalin recently, comes into being, it can deliberate on the question of regularising the stay of the willing refugees. As of now, there is only one option — long-term visa (LTV) — which is available to such persons. The Union Ministry of Home Affairs hinted to the joint parliamentary committee, which went through the Citizenship (Amendment) Bill before it was adopted by Parliament in 2019. that the refugees were eligible for LTV if they proved they had been “victims of oppression in their countries of origin on account of race, religion, sex, nationality, ethnic identity, membership of a particular social group or political opinion”.

Even as the battle by certain sections of the refugees goes on for Indian citizenship, there are some others who do not seem to be finding it easy to get Sri Lankan citizenship, too, or even regular Sri Lankan passports. Referring to the problem of many well-qualified refugees not being able to get proper employment in India, a few elderly women in Gummidipoondi suggest that the Sri Lankan authorities in Chennai or New Delhi issue regular passports to them after due verification of their antecedents. This will help at least some refugees seek greener pastures in any third country. And the women claim that such a practice was in vogue till about 10 years ago.

The Sri Lankan Deputy High Commission (SLDHC) in Chennai explains that it has been issuing international passports to “all Sri Lankans who possess a valid visa and necessary documents”. The Department of Immigration and Emigration “faces difficulties” in issuing international passports to the Sri Lankans who are living in and outside the camps in Tamil Nadu “due to lack of documents and the non-availability of visa”. Alternatively, the SLDHC issues temporary travel documents to applicants to return to Sri Lanka where they can get the 10-year passport on submission of relevant documents, either under “one day service or by normal procedure”.

As for the provision of birth certificates to children of the refugees born in Tamil Nadu, the SLDHC says it issues consular birth certificates “on the same day of the submission of the application without any delay if all the documents are in order”. As for citizenship, it replies that once applications are submitted, they are despatched to Sri Lanka for verification. Ordinarily, this is a “one-year procedure”.

Even if the intensity of COVID-19 subsides and international trips are freely allowed, there will be impediments to the voluntary repatriation. Even though the UN High Commissioner for Refugees provides air tickets, with an additional 20 kg free baggage allowed by Sri Lankan Airlines, to each returning refugee, apart from monetary grants, some refugees feel this would not be sufficient as they have acquired very many belongings in the last 20-30 years. This explains the demand for the resumption of ferry services.

Six months ago, a Coimbatore-based firm, Indsri Ferry Services, signed a memorandum of understanding with Sagarmala Development Company Limited for running the services between Karaikal in Puducherry and Kankesanthurai in the Northern Province. S. Niranjan Nanthagopan, managing director of Indsri Ferry Services, says his company recently submitted an expression of interest, too, to the Karaikal Port. Each trip can go up to four hours. “We are willing to offer 100 kg free baggage,” he says, adding that given the close ties between people of the two countries, the venture has an enormous potential for sustained business.

There are several challenges which await those who go back voluntarily, says Pathinathan, a Tamil writer, who returned to his home town in Mannar district in 2019 after living nearly 30 years in Tamil Nadu. “Initially, the psychological impact due to migration was huge. Gradually, with the support of my relatives and friends, I managed to get over it,” he says, adding that he has been into farming, by cultivating pulses. These days, he is also busy building a house with the support of the Sri Lankan government. The only reason Mr. Pathinathan returned home was that he could no longer bear the tag of refugee. Such a feeling is there even among many living in the camps and outside, while some others are longing for Indian citizenship. But what is clear is that the formula of ‘one size fits all’ cannot be adopted in respect of the refugees living in the State.

Repatriation of non-camp refugees began only in 2016

In the next four years, the number of non-camp refugees who returned home was 809

It has three components — housing and other infrastructure (₹261.54 crore); education and employment (₹12.25 crore) and improvement of the quality of life (₹43.61 crore)

State government will absorb the cost of education and hostel accommodation for 50 engineering students, five students of agriculture and agricultural engineering, and all PG students

Scholarship amounts will be revised for 750 students of arts and science and other courses, ranging from ₹10,000 to ₹20,000 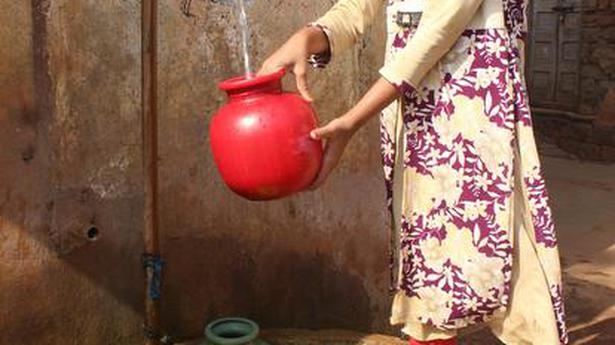