Class X students who started returning to their schools at the start of the year are worried as they have barely four months to prepare for the all-important SSLC board examination, which is tentatively scheduled to begin on June 14. Given that schools were closed for the better part of the 2020-21 academic year, Karnataka Secondary Education Examination Board (KSEEB) plans to set easier question papers.

The weightage given to ‘average difficulty’ questions will, however, continue to remain the same. “Class X students have had a difficult year as a majority of their classes were conducted online. Physical classes began only on January 1. Many students have had difficulty grasping even core concepts, so have we decided to set easy question papers,” the official said.

Incidentally, in the past SSLC students had told the board that they were finding it difficult to attempt application-based questions that were under the ‘difficult’ questions category.

Apart from tweaking the difficulty level, the Department of Primary and Secondary Education has also reduced the syllabus by 30%.

A majority of students and teachers have welcomed the move and feel that it will help more students, especially those who did not have access to education material online. “It has been only one and a half months since classes started and we are now able to grasp a few concepts. But many students, like me, would have found it difficult to clear the exam as we could not attend the online classes regularly because of network issues. Now I am more confident of clearing the board exam,” said Santosh S., a student. 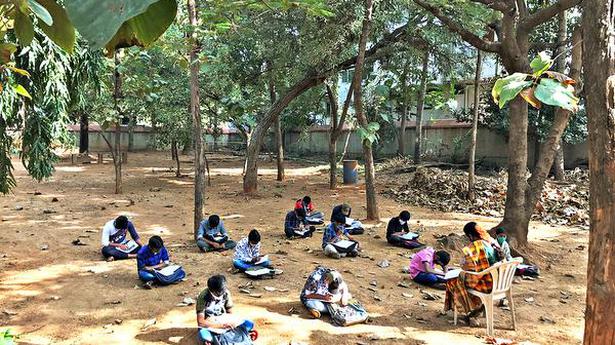