The proposed power tariff hike was opposed by several stakeholders during a public hearing conducted by the Karnataka Electricity Regulatory Commission (KERC) in Dharwad on Monday.

In the hearing, chaired by chairman of KERC Shambu Dayal Meena, the stakeholders, including representatives of consumers’ forums, industrialists, and businessmen, vehemently opposed the proposed hike of 0.73 paise per unit sought by Hubballi Electricity Supply Company (HESCOM).

The participants expressed displeasure over the attempt to increase the power tariff at a time when people were severely affected by the COVID-19 lockdown. They said due to the pandemic the people had faced several hardships and at a time when they were still struggling to get back to normality, HESCOM wanted to ‘rub salt on the wounds of the people’.

Industrialist from Hubballi Sandeep Bidasari said that as the industrial sector had suffered huge losses and was still ailing, HESCOM should not be allowed to increase the power tariff. He said that in neighbouring Maharashtra and Goa the power tariff had been reduced by 20% to help domestic and commercial power users. He urged the KERC to freeze power tariff for two years and direct HESCOM to bring down transmission and distribution (T&D) losses. Terming the proposal to hike unscientific, Mr. Bidasaria said that as there was power available in surplus, the rates should go down.

Consumer rights activist A.S. Kulkarni pointed out that HESCOM had claimed a total deficit of ₹974.77 crore for proposing a hike of 0.73 paise per unit. However it had utterly failed to collect the unpaid bills amounting to ₹2,146 crore apart from ₹532 crore due from the government.

There were more unmetered sales than metered sales under HESCOM jurisdiction and the reason for loss was system failure, he said.

Mr. Kulkarni urged KERC to issue direction to HESCOM to collect 95% balance amount and 95% amount from unmetered sales. He said that the 16 directors of HESCOM should also be made to share the loss along with consumers by reducing the directors’ pay by one third and the remaining could be passed on to the consumers.

Businessman Arvind Pai from Kumta pointed out that despite losses, the Railways and the Transport Department had not proposed any hike. In fact more power was consumed during lockdown as people were restricted to their homes, he said. 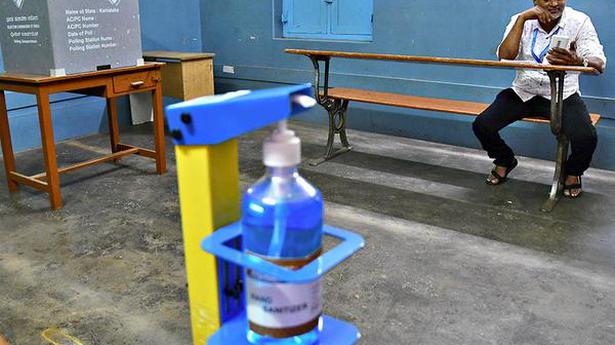 Govt. to provide houses for all pourakarmikas