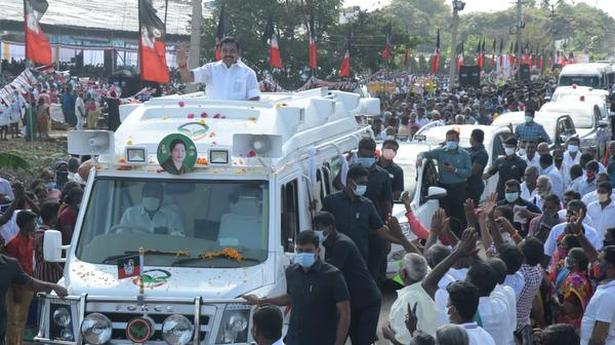 Chief Minister Edappadi K. Palaniswami alleged that DMK president M.K. Stalin had submitted a petition to the TN Governor levelling baseless corruption charges with regard to projects for which tenders are yet to be floated

Chief Minister Edappadi K. Palaniswami on Wednesday alleged that DMK president M.K. Stalin is conducting ‘Makkal Gram Sabha’ (people’s gram sabha) only in order to blame the government. He alleged that the Opposition leader was cheating the people.

Launching his two-day election campaign, titled, ‘Vetrinadai Podum Tamizhagam’ (Tamil Nadu marches on successfully) at Bhavani in Erode district, Mr. Palaniswami said that Mr. Stalin had conducted such meetings with the people before the Lok Sabha elections in 2018 and received petitions from them. “But to whom did he submit the petitions or did he take any steps to solve their grievances,” he asked questioning the purpose of these meetings.

Acknowledging that everyone has the right to submit petitions to the Governor, he alleged that Mr. Stalin had submitted a petition levelling baseless corruption charges for projects for which tenders are yet to be floated. “How can he say that corruption took place when the work is yet to be carried out,” he asked.

According to him, the e-tendering system is followed at all departments so that anyone can apply from anywhere whereas during the DMK rule, applications were given only to persons whom they wanted.

Listing out the number of pending cases against senior DMK leaders, he raised doubts about whether those leaders would be able to contest in the Assembly election as the Madras High Court has said criminal cases against legislators will be expedited and disposed of at the earliest. 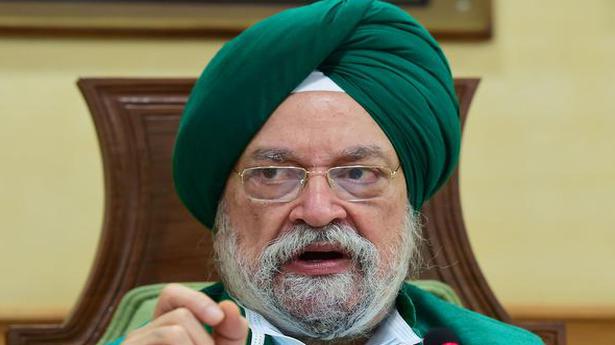