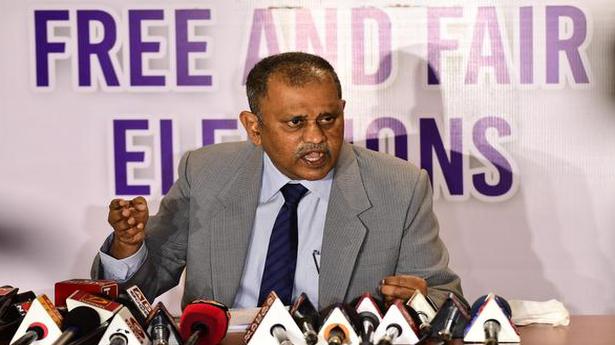 Collector J. Nivas and other senior officials have been making arrangements for his tour.

Collector J. Nivas and other senior officials have been making arrangements for his tour and scheduled meetings even as the spat between the commission and the government over the timing of the elections continued.

“All IAS and IPS officers and others are supposed to respect the constitutional bodies such as Election Commission. Intentional dereliction of duty leads to bad remarks in service records of officials,” said K. Srinivasa Rao, former President of Vizianagaram Bar Association.

Lok Satta Party State executive president Bhisetty Babji said, “The ongoing confrontation was neither good for government nor SEC. They should stop allegations and counter allegations since the election process has begun.”