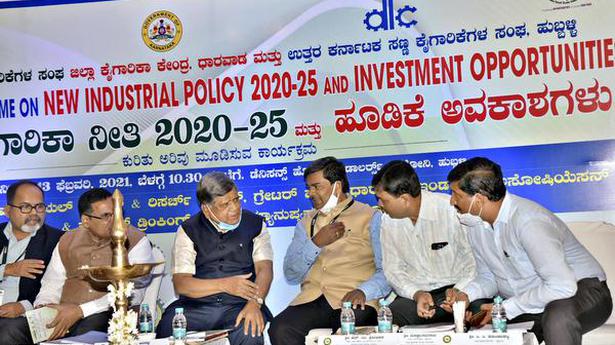 
Minister for Large and Medium Industries Jagadish Shettar has said that with 95 proposals to the tune of ₹1.54 lakh crore investment, the State has topped the country in attracting investments in the post-COVID-19-induced lockdown period.

Speaking at an awareness programme on “Industrial Policy 2020-25 and Investment Opportunities” in Hubballi on Saturday, Mr. Shettar said that after the withdrawal of lockdown, the Department for Promotion of Industry and Internal Trade of the Union government received 1,088 proposals with investments worth ₹3.76 lakh crore and of these, proposals worth ₹1.54 lakh crore were for the State.

Mr. Shettar said that although the Investors Meet in Hubballi had evoked good response, the coronavirus-induced lockdown had resulted in a temporary debacle.

After the withdrawal of lockdown, the State saw better revival in the industrial sector when compared to other States, he said.

He said that the State government was ready to give 1,000 acres of land in Yadgir for the establishment of a medicine park and an appeal in this regard has been made to Union Minister for Chemicals and Fertilizers D.V. Sadananda Gowda.

As many as 70 pharmaceutical companies have already come forward to establish their industries in Yadgir. Meanwhile, the toy cluster has taken shape in Koppal.

Mr. Shettar said that the State government has plans to set up five or six industrial townships in the State and already, permission has been sought from the Urban Development Ministry.

Earlier, Additional Director of Department of Commerce and Industries and Commerce H.M. Srinivas made a presentation on the new industrial policy.

President of KASSIA K.B. Arasappa, Joint Director of Industries and Commerce Dodda Basavaraju, President of NKSSIA Ninganna Biradar and President of KCCI Mahendra Ladhad and others were present.

Later, addressing a press conference, Mr. Shettar said that the Finance Department is examining requests for concessions and incentives sought by industries for establishment of their units at the FMCG (Fast Moving Consumer Goods) Cluster proposed in Hubballi-Dharwad. Ullas Kamat, who is heading the vision group on the cluster, has made a submission in this regard and this is being examined, he said and added that several FMCG companies have evinced interest in the project.

Regarding the contentious issues pertaining to taxation on industrial estates, he said that these were in the final stage of getting resolved and a decision has already been taken during a joint meeting chaired by him recently. On the Aryabhata Tech Park in Hubballi, he said that after much delay, land rate has been fixed at ₹58 lakh per acre and shortly, land will be allotted to the short-listed entrepreneurs.

Regarding the widening of Hubballi Dharwad Bypass Road, Mr. Shettar said that the existing lease holder Nandi Highway Developers Limited has given a consent letter for carrying out work without affecting traffic and soon, tenders will be floated.

Electricity tariff up by 40 paise 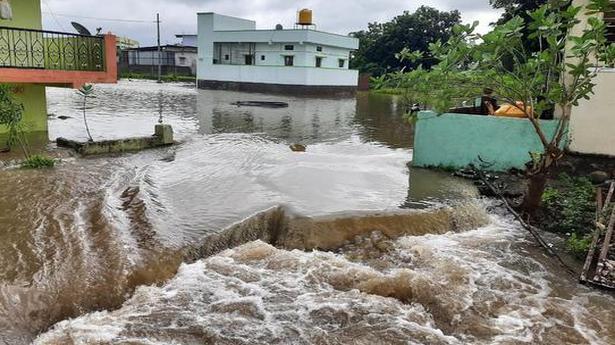