TDP national general secretary Nara Lokesh has lashed out at the YSR Congress Party government, alleging that it has failed to protect the interests of the Visakhapatnam Steel Plant (VSP) by failing to take up the issue with the Centre.

Addressing the gathering, Mr. Lokesh wondered as to what the 151 MLAs and 28 MPs of the YSRCP were doing to prevent privatisation of the VSP. Alleging that Chief Minister Y.S. Jagan Mohan Reddy had no guts to pull up the Centre on the VSP issue, the TDP leader asked as to how the Chief Minister could get Special Category Status (SCS) to the State. He claimed that VSP had flourished during the TDP rule.

He alleged that YSRCP leaders were trying to create anarchy in peaceful Visakhapatnam by indulging in land grabbing, attacks and destruction of property. He alleged that Mr. Jagan had agreed to privatisation of the VSP as his mother, who had contested for Lok Sabha as MP from Visakhapatnam was defeated in the 2014 general election. He alleged that the Chief Minister had directed the party MPs not to speak in Parliament on the VSP issue and now he was planning to buy VSP, which is worth ₹2 lakh crore, as scrap

Mr. Lokesh claimed that it was only the the TDP which had fought for VSP and was doing it now. He recalled that former Chief Minister N. Chandrababu Naidu had fought against privatisation of the VSP by taking up the issue with the then Prime Minister Atal Behari Vajpayee and prevented it from being referred to the BIFR (Board for Industrial and Financial Reconstruction) and TDP MPs K. Yerrannaidu and M.V.V.S. Murthy had taken it up in Parliament. 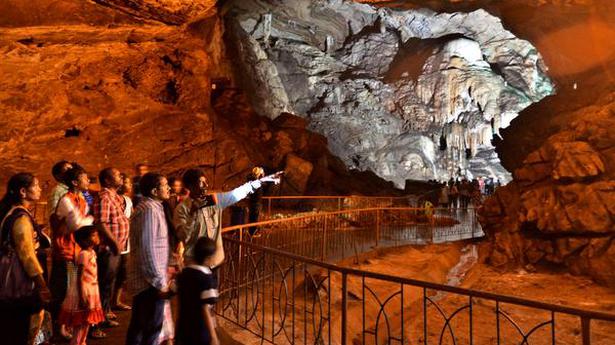 Why were results withheld in seven panchayats, asks Naidu