As the proposed strategic sale of the Central government’s stake in the Visakhapatnam Steel Plant (VSP) stirred up a hornet’s nest, Chief Minister Y.S. Jagan Mohan Reddy shot off a letter to Prime Minister Narendra Modi requesting him to reconsider the privatisation move and explore other opportunities to put it back on track.

He pointed out that the VSP had posted a good performance between 2002 and 2015 when it had a positive net worth. The plant had achieved a turnaround in 2002 after being referred to the Board for Financial and Industrial Reconstruction as a sick company. It has a capacity of 7.30 million tonnes and even undertook modernisation and capacity expansion.

The Chief Minister blamed the VSP’s plight on the unfavourable global steel cycle, which pushed it into losses since 2014-15, and the absence of captive mines.

He suggested that the Central government should continue operations for a further period of two years to achieve a turnaround, provide captive iron ore mines to reduce input costs and to restructure both long and short-term loans in order to save the historic plant.

Industries Minister Mekapati Goutham Reddy tells The Hindu that the government will fight for the retention of the VSP in the public sector and if the Centre still proceeds with privatisation, the State will ask for a conditional takeover of the plant in view of its high sentimental value.

He insisted that PSUs should not be merely looked at in terms of profit and loss and balance sheets as people have fought for such projects.

The content of the MoU between POSCO and the Government of India has not been revealed to the State, he claims.

The Central government has made clear that it is for putting the VSP in private hands. Minister for Steel Dharmendra Pradhan stated in the Rajya Sabha that the South Korean firm POSCO evinced interest in setting up a steel plant in Visakhapatnam on Rashtriya Ispat Nigam Limited (RINL)’s land and a non-binding MoU has been signed in October, 2019 by them. 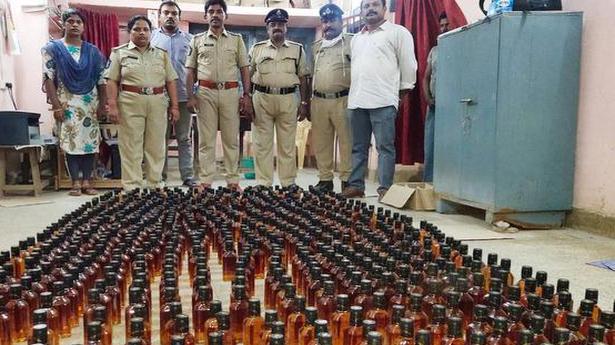