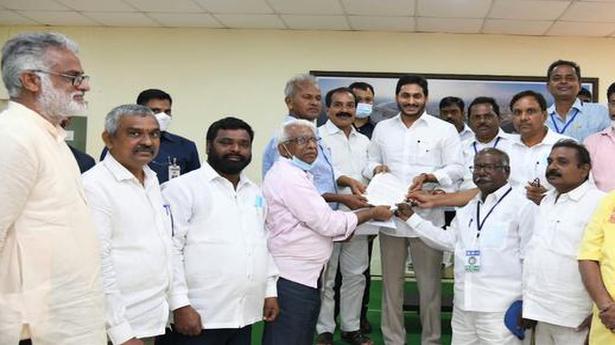 
Chief Minister Y.S. Jagan Mohan Reddy has assured the protesting trade unions that the State government will stand by them till the Centre drops the decision on privatisation of Visakhapatnam Steel Plant (VSP).

Interacting with trade union leaders at the Visakhapatnam Airport on Wednesday, the Chief Minister said, “I have personally written to the Prime Minister, suggesting a road map for the revival of the plant, while ensuring that it continues to be run by the government.”

“The steel plant presently has a debt of ₹22,000 crore. Some banks have extended loans even at 14% rate of interest. I requested the Central government to allocate mines, situated in Odisha, to VSP,” he said.

“RINL already has five mines in Odisha under EIL’s name, the contracts of which must be renewed as they have lapsed.” The VSP administration could raise funds through the sale of excess land, he said and promised the cooperation of the State government in this regard.

On coming out of the hour-long meeting, the Visakha Ukku Parirakshana Porata Committee JAC leaders, representing various trade unions, seemed contented with the assurances given by the Chief Minister on the protection of the VSP. JAC leaders Ch. Narasinga Rao (CPI-M), Mantri Rajasekhar (INTUC), D. Adinarayana (AITUC) and JAC convener J. Ayodhyaram (CITU) submitted a memorandum to the Chief Minister.

According to them, responding to the suggestions of the trade union leaders, Mr. Jagan Mohan Reddy said that if the Centre failed to take a positive decision on continuation of the VSP in the public sector, the YSR Congress Party was ready to adopt a resolution in the Assembly against privatisation.

The Chief Minister had expressed the view that the State government, unlike the Centre, had a limited role in the issue. He had also agreed to lead a delegation of MPs from A.P. to Delhi on the issue.

CPI(M) State secretariat member Narasinga Rao said the Chief Minister had clarified that POSCO representatives had met him with their plans for setting up of steel plants in Krishnapatnam and Kadapa but not in VSP. He had expressed the hope that POSCO did not have any plans to set up a plant in Visakhapatnam. 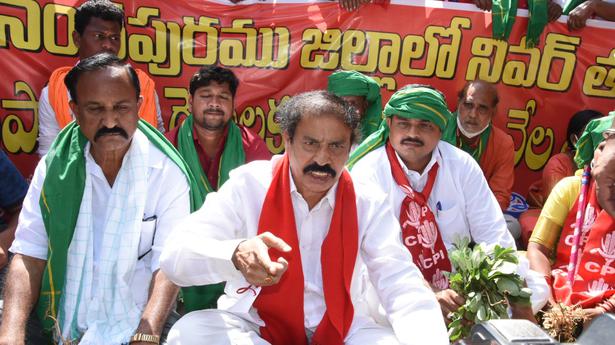 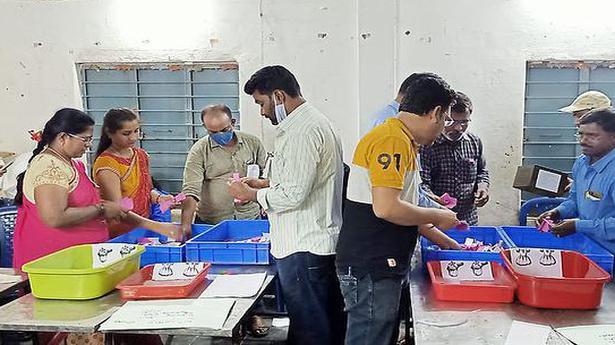 Polling percentage comes down below 80% in Kurnool district