He was addressing an all party meet organised by trade unions and employees of VSP at Balacheruvu gate, here on Monday.

He assured the employees that the State government would stand in support for the cause and protect the interest of the employees, the State and the city.

He also said that all political parties should rise above the political interests and strive for the common cause of protecting the plant.

He accused that the NDA government led by BJP of not paying any interest towards the southern States, in particular BJP was doing gross injustice to Andhra Pradesh. He alleged that strangely the local BJP leaders were maintaining silence on the issue.

Mr. Srinivasa Rao pointed out that in the recent Union Budget, Union Finance Minister Nirmala Sitharaman did not make any substantial allocation to the State projects and for the new railway zone. He urged the local BJP and Jana Sena Party president Pawan Kalyan to exert pressure on the Centre to shell the proposal.

“If BJP feels that it does not need the support of the MPs from the State and Telangana, and takes decision arbitrarily, it will pay a huge price, as the Congress did in the past,” he warned. 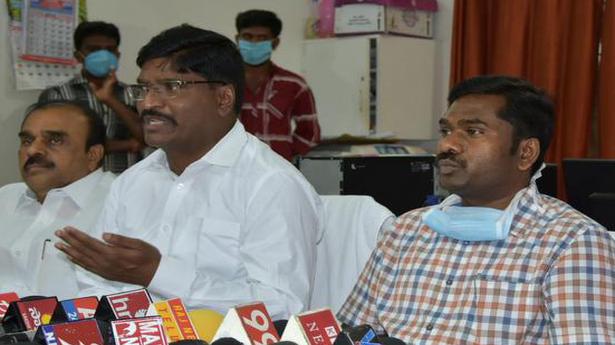