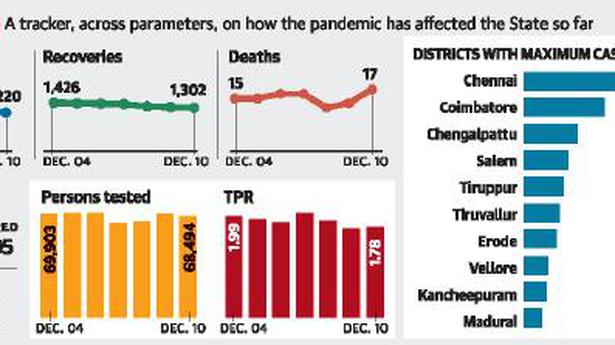 The State recorded 17 more deaths, taking its toll to 11,853, according to the daily health bulletin of the Directorate of Public Health.

Chennai saw 313 more infections, even as 296 persons were discharged from various facilities. Five deaths were reported in the district. As many as 3,242 persons are currently under treatment. As on date, 2,18,856 persons have tested positive and 2,11,716 discharged after treatment.

The district accounted for 3,898 deaths so far.

Among other districts, Coimbatore recorded 146 cases, whereas 12 districts saw under 10 fresh infections.

Among the deceased, except one, all others had co-morbidities. While eight of them died in private health facilities, five persons died in government medical college hospitals, and three persons died at the ESIC hospital in Coimbatore.

The youngest among those who died was a 44-year-old man admitted to a private medical college hospital in Vellore, after testing positive for the infection on November 24.

He had complaints of fever for 10 days, cough for five days and difficulty in breathing for a day. He died of acute respiratory distress syndrome caused by COVID-19 pneumonia on Tuesday.

A 99-year-old man from Chennai, who tested positive for the infection on December 3, was admitted the next day to a private hospital. He had coronary artery disease and was hypertensive. He had complaints of fever and difficulty in breathing for three days. Doctors recorded his death on Wednesday morning due to ARDS/COVID-19 pneumonia. 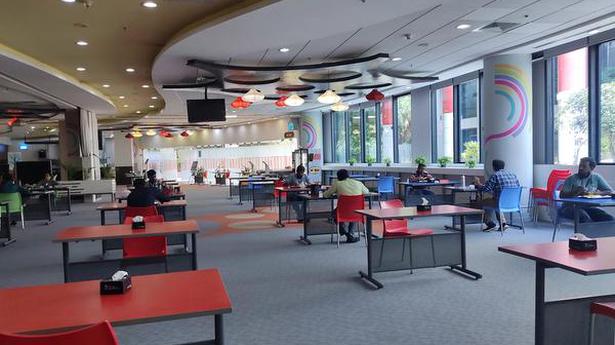