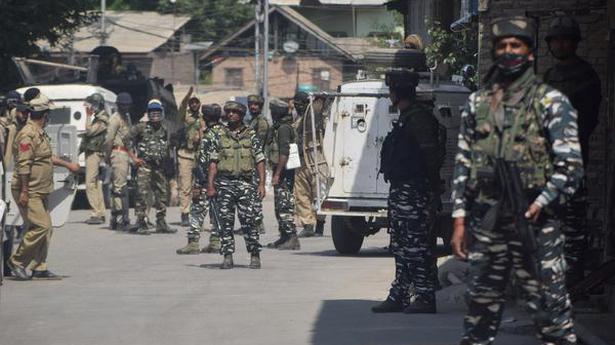 
The Union Government has warned of possible infiltration by battle-hardened militants into India along the Afghanistan border taking advantage of the weak and porous security systems there.

Highly placed official sources told The Hindu in Chennai on September 5 that a Central agency, in an alert sent to all States and Central Armed Paramilitary Forces, has cautioned that armed terrorists owing allegiance to ISIS-K, Lashkar-e-Taiba and Jaish-e-Mohammed could attempt to aggressively infiltrate into India, particularly Jammu & Kashmir.

Pointing to various instances of security concerns in Afghanistan, including the explosions at the Kabul airport, that could have a bearing on the security scenario in India, the alert said developments in the neighbouring country were seen as a victory to puritanical Islam. This could embolden and reinforce the ideologies of leaders of various banned outfits in India who might provoke their cadres to derail public order, the sources said.

While India was not affected by the activities of Foreign Terrorist Fighters, the situation in Afghanistan under the Taliban regime might pave the way for convergence of radical sentiments and bring together armed fighters from other areas to pursue common goals. Security system had become extremely porous after the U.S. armed forces fully withdrew from the war-torn country, the sources said.

Besides the congregation of trained militants who were equipped with improvised explosive devices and sophisticated weaponry, the release of prisoners lodged in jails, including several foreign nationals, was also a matter of concern since it would revive organised crimes with trans-national network like smuggling of drugs, counterfeit Indian currency, weapons etc., the sources said.

States were told to brief security personnel guarding VVIPs about the escalation in threat perceptions. While cybercrime police were asked to intensify vigil on social medial platforms and curtail the spread of communally sensitive content, emphasis was laid on strengthening of surveillance in areas of public gathering since the possibility of the infiltration of suicide bombers could not be ruled out.

CAPFs protecting vital installations across the country would coordinate with the State administration in enhancing the security arrangements based on the perceived threat level. Security along the international land border and coastal districts would also be strengthened with adequate check-points, combing operations in vulnerable areas and intensified patrolling, the sources said.

States with Israeli establishments and Jewish settlements were also alerted to deploy additional manpower in view of a potential threat of terror attack during the forthcoming Jewish holidays in the third week of September. Security personnel were advised to conduct anti-sabotage checks in and around Israeli embassy/Consulate and also enforce strict access-control measures to the foreign missions, the sources said.

According to police sources, there was intelligence input on Afghanistan-Pakistan based IS operatives coordinating with their associates in India to carry out a terror attack. The input also said that the Foreign Terrorist Fighters offered to fund terror activities in India and arrange supply of sophisticated weapons, explosives etc.

Though the input did not point to any specific target, police have scaled up security detail for important places of worship, leaders of some Hindu organisations and other sensitive establishments based on previous intelligence assessments, the sources added. Widespread rain to continue over T.N. for next five days 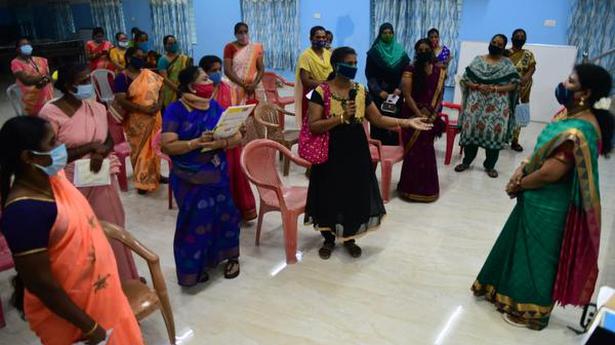