Jana Sena Party (JSP) president Pawan Kalyan has appealed to the Centre to reconsider the proposed strategic sale of its stake in the Visakhapatnam Steel Plant (VSP) and insisted that the issue should be dealt as a special case in respect to sentiments of the people.

He said the YSRCP should convince the Centre to drop the proposal by leveraging its strength in the Parliament. “Why the YSRC kept quiet when it knew that the South Korean steel giant Posco and the RINL have reportedly entered signed an MoU in 2019,” he asked while addressing the media, along with party leader Nadendla Manohar in New Delhi on Wednesday.

Mr. Kalyan said he had explained to the Home Minister Amit Shah how the VSP was special when compared to other industries and the serious consequences of selling it off to private companies. He also informed Mr. Shah, Union Ministers of State V. Muraleedharan (external affairs) and G. Kishan Reddy and some BJP MPs about the law and order situation in the State, vis-a-vis the recent attacks on temples, the State’s precarious financial position and the loss inflicted by Cyclone Nivar among a host of other issues.

“I have laid emphasis on the need to retain the VSP in the public sector in view of the massive financial implications of privatisation and the devastating blow it would be dealing to the thousands of employees and lakhs of workers dependent on the plant for their livelihood,” he said.. Referring to the statements by some YSRCP leaders, the JSP chief wondered how the State would be able to buy the VSP when it (A.P. government) was struggling with shoestring budgets year after year due to the adverse impact of bifurcation.

He said that Mr. Shah wanted to have detailed discussions on the strategy which the BJP-JSP combine should adopt for the future elections and that the issues pertaining to law and order would be accorded a priority.

Asked to comment on the political party which is contemplated to be launched by Y.S. Sharmila, Mr. Pawan Kalyan said everyone has the right to form a party and that he would speak about it in detail only after the picture becomes clear. 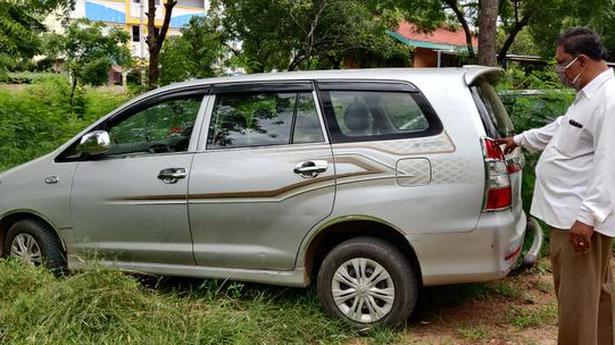